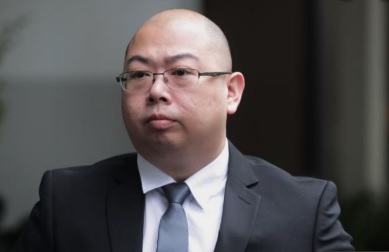 The Online Citizen’s Chief Editor, Terry Xu, has filed a Memorandum of Appearance with the High Court. He will contest the law suit filed by Prime Minister Lee Hsien Loong over an allegedly defamatory article on 38 Oxley.

After much deliberation and consideration, I have decided to represent myself.

He claims that he does not want anyone to give him money for the law suit as he is representing himself and does not need a lawyer. He told netizens not to donate to any online or offline funding campaign under his name for this case.

However, he went on to say that he will not refuse the offer if people are determined to help him. He asked that those who really need to help him can direct their donations to TOC’s website and subscription. The annual subscription fee is $60.

Xu informed netizens that there will be fewer articles from now on as he will have to focus on preparing for his law suit.

As I will have to devote my time to prepare the case’s legal defence and learn the court’s procedural rules, the number of articles on TOC would likely drop and with that, its ad revenue.

Therefore, I sincerely hope that supporters can help to finance the site so that it can stay afloat and remain operational while I navigate my way through the stormy journey ahead.

In the end, he still needs money. #GoodLuck #OwnselfRepresentOwnself

A Memorandum of Appearance has been filed by me with the High Court today, to indicate that I will be claiming contest…