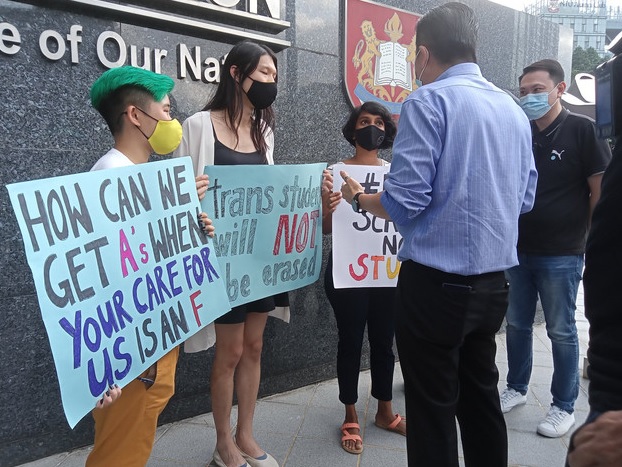 Netizen: Activist Jolovan Wham is mastermind of protest at MOE

A Reddit user has revealed that activist Jolovan Wham was the mastermind of the recent protest outside MOE. The protest came after a student had issues with the school for wanting to undergo hormone therapy.

Eye witnesses say that Wham had met up with the protestors at Star Vista before the protest, and provided them with masks. Wham did not join the protestors in holding placards but the 3 individuals who did so were arrested and released on bail.

In a post on SingaporeRaw sub-reddit yesterday, the Redditor applauded Wham for being behind the protest and standing up for transgender students:

Credits to the brave souls who stood up for what’s right and Jolovan Wham, who masterminded it. If not for him, transgender students will continue to be silenced and oppressed.

The netizen also called for people to be like him and fight for their rights instead of turning a blind eye to the problems these LGBT students are facing.

PSP’s Harish Pillay: TraceTogether Data is Safe, Government is Doing What They Promised To Do