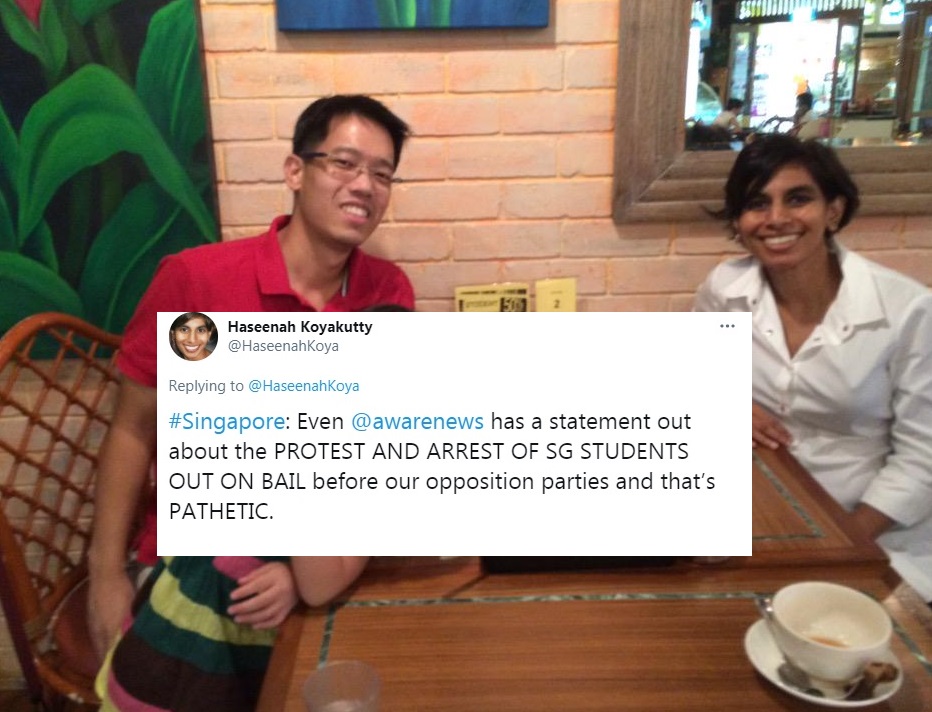 Activist and former CNA reporter Haseenah Koyakutty has slammed opposition parties in Singapore for keeping mum about the protest at MOE. Two days ago, a group of five staged a protest against the discrimination of LGBTQ+ people in schools. It was sparked by a student’s claims that the school/MOE had interfered with her hormone replacement therapy. Three of them were arrested.

Being against the arrest herself, Haseenah Koyakutty was sure that the opposition parties will speak up to show support for LGBTs. She was appalled when they did not release a statement and chided the WP, PSP and SDP for their inaction. She was displeased that they do not dare to use this chance to make “bold political changes” once and for all, such as getting rid of GRCs, NMPs and NCMPs.

She hopes that the opposition can at least lend support to civil society groups in Singapore so that they can create an impact and not just “work in a vacuum”.

Among other things, the ex-mainstream media reporter also voiced her unhappiness with both local and foreign media for not properly reporting on this issue despite being quick to write “airy-fairy stories” about Black Lives Matter.

Malay family proud of son for joining the Navy, happy to serve country

Netizen: Activist Jolovan Wham is mastermind of protest at MOE