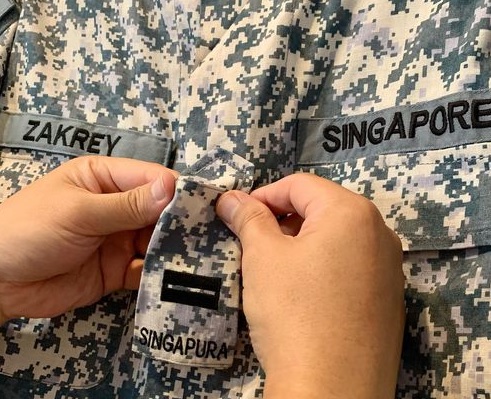 Malay family proud of son for joining the Navy, happy to serve country

7 years ago, a young Zakrey Putra Khalid visited the Singapore Navy exhibition at VivoCity and decided that he wanted to be part of them. His father recalled how his son had looked at him “square in the eye and said, ‘I want to be in the Navy, papa.'”

Today, LTA Zakrey is an officer in the Republic of Singapore Navy.

Early this month, his family bid their goodbyes as they sent him out to sea. They often worry for his safety as they cannot hear from him for weeks.

Nevertheless, they are very proud of him for being able to serve the country.

Over the years, people have questioned the perceived bias/discrimination against deploying Malays in the Navy. Truth is, the SAF has been deploying Malay Muslims who are willing to serve. They were not deployed in the past because of the practical issue of accommodating a halal kitchen on board confined vessels. However, this has changed over the years as the SAF makes provisions.

Malays in Singapore now serve in the Navy, Air Force and the Army. The deployment was never based on race but on a person’s ability and the fact that he does not pose a security risk. As Singaporeans, we must trust that our nation will always strive to place the best people in the best positions.

Congratulations to LTA Zakrey and thank you to everyone who is doing their best to serve our country. 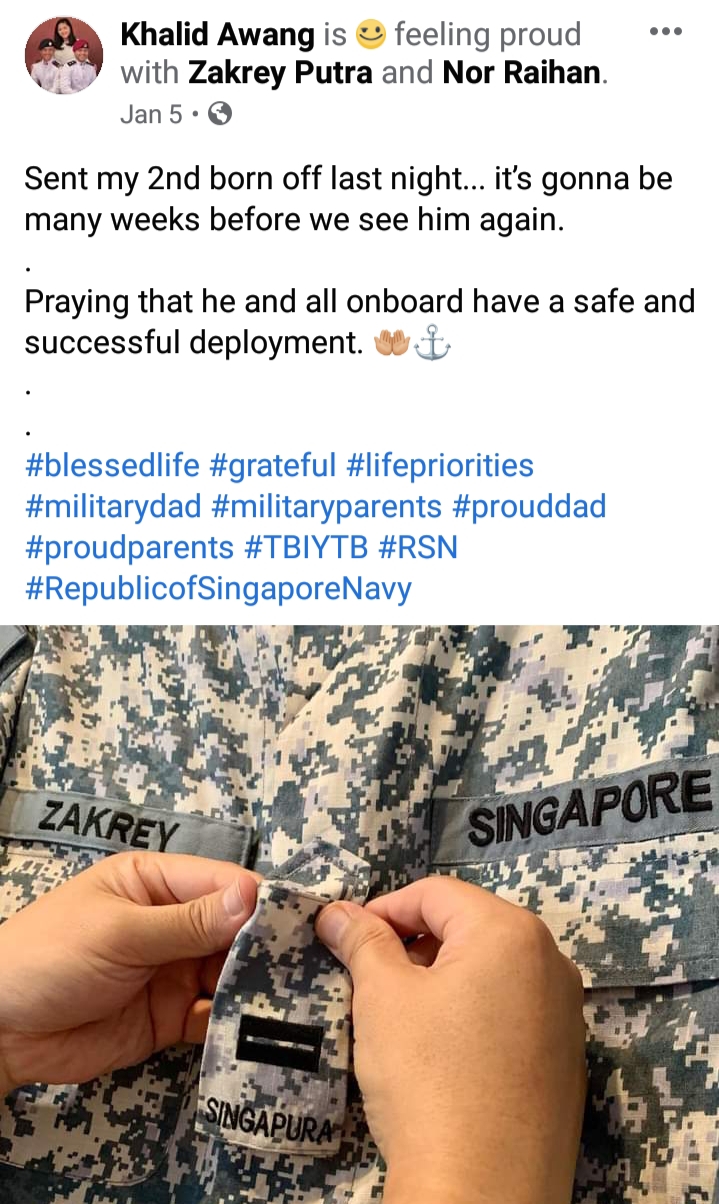