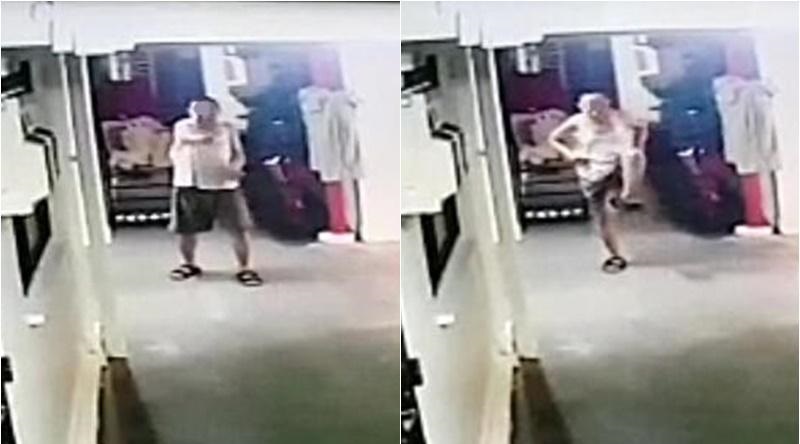 An elderly man is accusing his neighbour of invading his privacy by installing a CCTV camera outside their home. However, the neighbour showed recorded CCTV footage of the elderly man practising Kungfu, and splashing water all over the corridor in the middle of the night.

This incident happened at Block 43 Telok Blangah Rise. It was gathered that both parties had once lived peacefully in the same block for over 30 years, but their relations gradually turned sour over the last 10 years.

The elderly man, 70-year-old Mr Tan (retiree) claims that his neighbour had illegally installed the CCTV for over 3 years. His wife (also a retiree) added that she needed to block the CCTV’s view with clothing racks in order to protect their privacy.

On the other hand, the neighbour 40-year-old Sumati (a nurse), said that she had installed the CCTV camera to ensure the safety of her elderly parents. She explained that she had applied to the town council for permission to install the CCTV, as her family was constantly harassed by Mr Tan’s Kungfu practising, shouting and splashing of water.

After the case was brought to the court, the elderly man was ordered by the judge to stop splashing water and practising his Kungfu along the corridor.