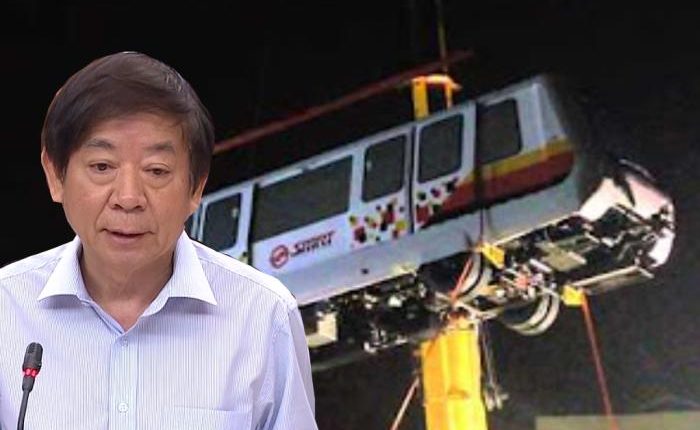 Minister of Transport Khaw Boon Wan’s admission last week that the government had built the Bukit Panjang Light Rail System (BPLRT) as an “afterthought” and “under political pressure” was unsurprising.

Mr Khaw’s statement has laid bare the issue that the SDP has brought up repeatedly in the past which is that some of these infrastructural projects have been carried out more for getting votes during elections than for the long-term good of the people.

One can only conclude from Mr Khaw’s revelation that the PAP entices Singaporeans with the promise of something new and shiny to be built in their housing estates ahead of elections to win votes. Whether these projects are good for the country is another matter.

The BPLRT was built in the late 1990s at a cost of nearly $300 million. The system is now plagued with problems such that the authorities had considered scrapping the system entirely. But Mr Khaw has decided to save it by conducting an extensive overhaul. The budget and timeline for the project were not announced.

In the Bukit Batok by-election last year, the PAP did the same thing by hastily announcing a “rejuvenation plan” for the estate including the construction of a multi-generation fitness park at the start of the campaign.

At that time, the SDP warned that such pork-barrel politics is wasteful and costs taxpayers money not only in their construction but also in long-term maintenance. We said then:

“The SDP feels that it is more important to address the pressing needs of the residents instead of rushing into projects which place a significant burden on taxpayers who are already stretched by cost-of-living issues.

The funds could be put to better use such as looking after the healthcare, senior care and educational needs of Bukit Batok residents.”

The latest acknowledgement by Transport Minister Khaw is clear indication of the PAP’s abuse of public funds for its own narrow political ends.

The huge expense to overhaul the BPLRT will, of course, not be borne by the ministers who are responsible for the debacle in the first place but by Singaporeans.

Such poor and cynical use of public monies by the PAP must stop. This can only be done if there are more opposition MPs to scrutinise the government’s proposals.

Voters must be wary of the PAP’s moves. Grand upgrading and estate enhancement proposals announced just before the elections are not always done for the sake of residents but to win votes. The added insult is that the people are left to pick up the tab of these wasteful and dubious projects for years and even decades thereafter.

DPM Tharman Is a Skillful Political Communicator; Why Can’t He Be Our Next Prime Minister?