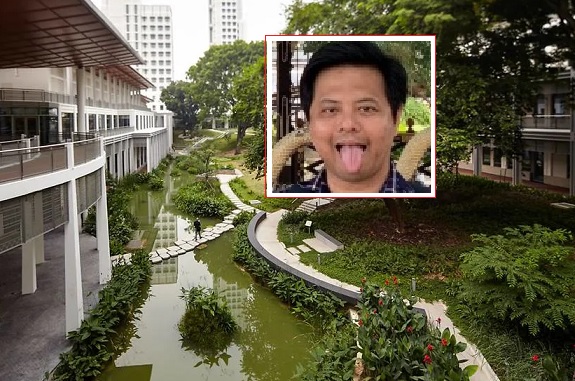 Yale-NUS recently cancelled a module on “Dissent and Resistance In Singapore” which was supposed to be led by Singaporean playwright Alfian Sa’at. He had planned to engage students through dialogues and documentaries on politics, resistance and civil disobedience.

The school had approved it at first but cancelled it after agreeing that it would have “subjected students to the risk of breaking the law and incurring legal liabilities”. 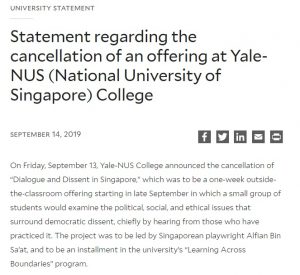 In response to the cancellation, Alfian Sa’at clarified that his course was to make students think and not turn them into protesters. Unfortunately for him, netizens jumped in to criticise his intentions.

While he may have merely wanted to stimulate students to think critically, it is indeed problematic to introduce a course that includes quite a number of activists who seem to be advocating one school of thought.

They may be knowledgeable in the topic given their experiences but as non-academics, who is to guarantee that they will remain objective?

With so few universities in Singapore, it is natural to be strict on curriculum. Many people see more importance in imparting skills rather than a specific topic or political slant. Furthermore, people tend to prefer courses that are run by qualified individuals rather than non-academics. If we had a lot more universities in Singapore, they might enjoy more leeway to conduct the course as their influence will be diluted.

For now, it is just too bad.

Update: Alfian Sa’at has warned netizens to stop attacking Kirsten Han, a local activist who was supposed to facilitate the course. He said that he will bear sole responsibility for designing it and told people to leave her alone.