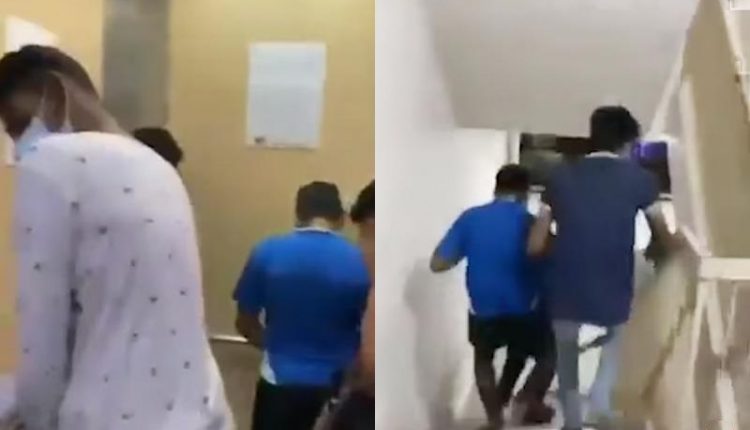 Last Sunday (19th April) at around 915pm, a male resident living in Block 290 Tampines Street 22 caught four youths smoking and drinking at a staircase landing near his unit.

The group tried to escape by taking the elevator but was stopped by the male resident who took a video of them, before reporting them to the police.

Video footage of the group circulating in social media showed a couple confronting the four youths, asking them why they were having a gathering during the circuit breaker period. The four individuals could be seen covering their faces with their hands and repeatedly apologizing.

According to 40-year-old Mdm Wang (wife of the male resident who took the video), the four youths are friends of a neighbour’s son who lives upstairs.