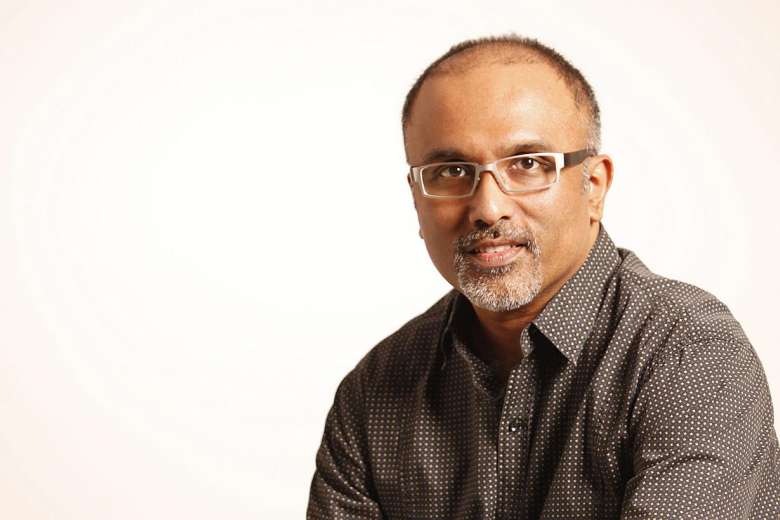 Is Cherian George Championing his Own Version of Freedom of Speech?

Cherian George is known to be an advocate of freedom of speech. In Feb this year, Cherian spoke in a 36 minute interview podcast with WPR (World Politices Review) in which he addressed Singapore’s new fake news law POFMA (Protection from Online Falsehoods and Manipulation). Cherian was quoted as saying:

“This law (POFMA) works counter intuitively as it kills the freedom of speech which includes good faith in journalism, which creates more cynicism in the eyes of the public”.

However, just three months on, Cherian seems to have become rather intolerant of free speech himself. In response to Facebook post written by Yap Kwong Weng titled “The Rule of Law in an Uncertain World”  in which Yap criticized Cherian’s online postings regarding POFMA, Cherian had sent a 10 page complaint letter dated 22nd May 2020 to Yap’s employer KPMG. 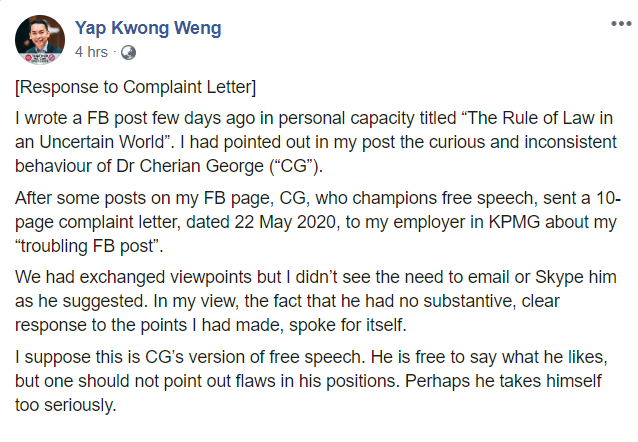 It would seem that not only is Cherian is trying to show that he is not one to be trifled with, but also that freedom of speech only applies when it is in his favour.

Cherian speaks of how important freedom of speech is, but when others like Yap speak out against him, he gets to cry foul and write a 10 page complaint letter to his employer to ruin him?

Where is the freedom of speech for Yap? Is Cherian practising double standards?