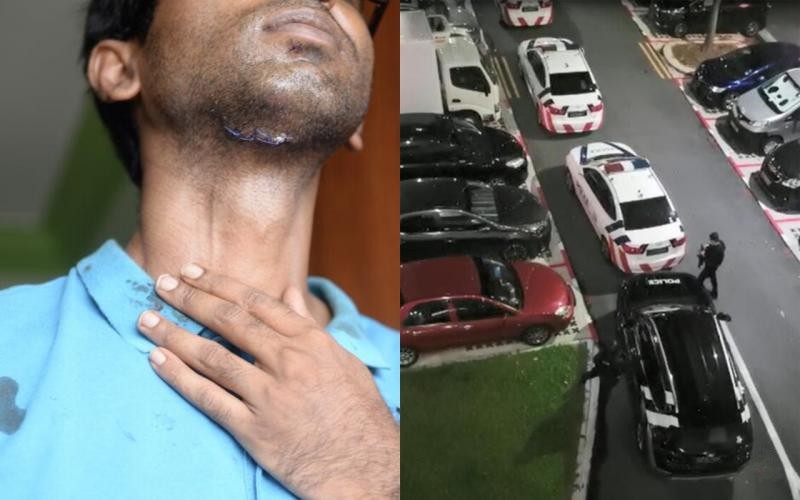 Yesterday (21st May) evening, the police were alerted to a fight that broke out in a HDB unit located at Block 362 Hougang Ave 5, where an Indian couple and their three sons were staying. A visitor was also believed to be present during the incident.

The youngest of the three brothers, a 29-year-old food delivery rider was drinking at home when he got increasingly agitated and started shouting and swinging a knife around.

The second eldest of the three brothers, a 31-year-old delivery man tried to stop his younger brother but ended up getting deep cuts on his chin and right arm which required stitches.

The 29-year-old was subsequently arrested after receiving treatment at the hospital.

Man’s Car Broken Into While Jogging at Botanic Gardens, Losses Over $10,000 in Valuables

Is Cherian George Championing his Own Version of Freedom of Speech?