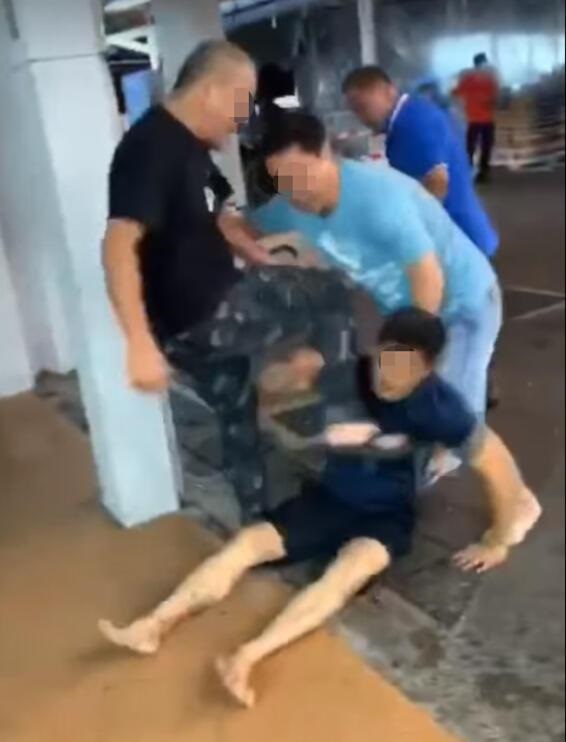 Uncle Claiming to be a Gangster Boss, Gets Beaten Up By Three Strangers After Flipping Tables at Bukit Batok Coffeeshop

An uncle claiming to be a gangster boss decided to create a scene at a coffeeshop after getting into a altercation with two other men.

The incident happened on Friday (19th Jun) on the first day of Phase Two at around 10.38 pm at a coffeeshop located at Block 157 Bukit Batok Street 11.

According eye witnesses, two men who were quarreling at the coffeeshop got into a fight with the uncle who was drinking in another table. In the midst of the fight, the Uncle who claimed to be a gangster boss thrashed a durian stall before flipping tables at the coffeeshop.

Three coffeeshop patrons who got hit by beer bottles flung by the uncle while he was flipping the tables, decided to attack the uncle, throwing punches and kicks. The uncle was later left sitting on the floor with a bleeding head.

It was understood that a police report was made, and investigations are ongoing.