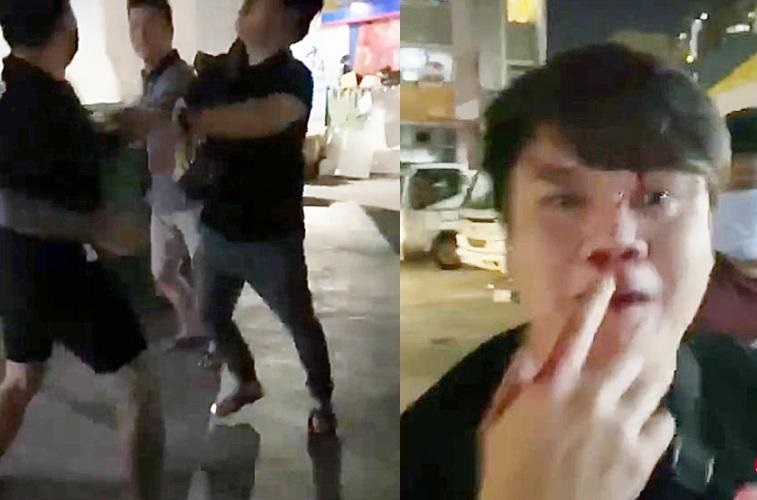 Last Friday (28th Aug) a fight broke out between three men at the Fengshan Hawker Centre located at Block 85 Bedok North Street 4 at around 10pm.

According to eye witnesses, two groups of around 10 people were drinking at the hawker centre when two men from different groups started quarreling over what was believed to be a staring incident.

Around 10 minutes later, the two men (a heavily tattooed man and a man in a black t-shirt) decided to continue their quarrel outside the hawker centre.

In a video of the incident uploaded on Facebook a few days ago, the two men were seen challenging each other to call in more men to a fight. A third man who appeared to be a friend of the man in black t-shirt joined in the quarrel, and could be heard challenging the tattooed man to a fight. Moments later, a scuffle broke out between the three men, leaving them with bloodied faces.

The police confirmed that three men aged between 29 to 44-years-old were arrested that night in relation to the fight. Investigations are ongoing.