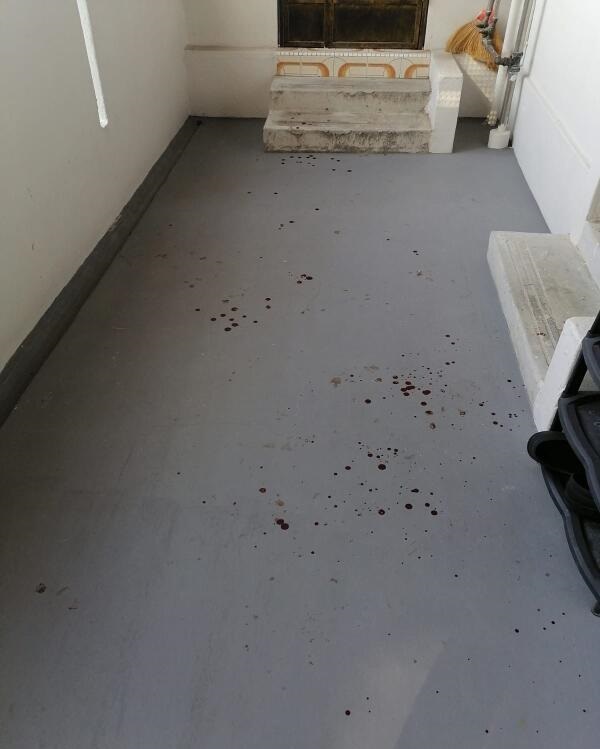 A jealous man who suspected that his ex-girlfriend was letting her new lover stay overnight at her place, became so enraged that he attacked him with a chopper, causing the new lover to sustain a 10cm long wound on his head.

This incident happened today (28th Aug) at around 6am, inside a HDB unit located at Block 534 Ang Mo Kio Ave 10.

It was gathered that after the attack, the man’s ex-girlfriend, her new lover, as well as her sister (who was also injured in the attack) escaped the flat seeking help from their neighbours, leaving a trail of blood along the corridor.

The trio were later spotted by residents in a nearby block who helped tend to their wounds, and call for an ambulance and the police.

The police have confirmed that a 36-year old man and a 40-year-old woman were sent to the Sengkang General Hospital for treatment, and that a 38-year-old man was arrested in relation to the attack.

Jobless Man Places “Sure Win” bets with Illegal Betting Website, Gets Cheated of $1000