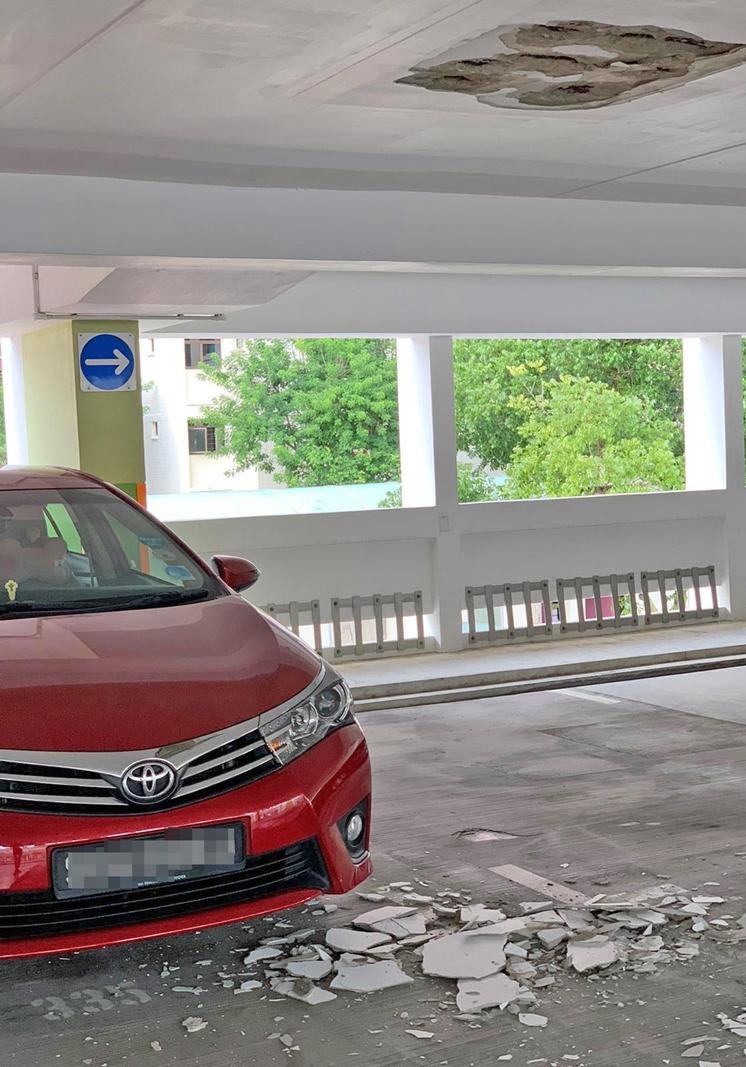 Last Saturday (29th Aug), Mdm Ho (61-years-old) was making her way to her car parked at the fifth storey of the multi-storey car park of Block 37A Rumah Tinggi, when she found that several pieces of the carpark’s concrete ceiling had crumbled and fell on the ground, damaging her car.

Reporters arriving at the scene found that the fifth storey (level 5B) of the multi-storey carpark had already been sealed off.

According to Mdm Ho, she was worried that more pieces of the concrete ceiling would fall, and had moved her car to the 4th storey.

When interviewed, the town council confirmed that they have received a report of the incident on 29th August, and has been in contact with its residents.

As of yesterday (31st Aug) the repair works on the concrete ceiling has been completed.

Road Bully Beat Up Female Driver in Road Rage, Claims He Mistook Her For a Man