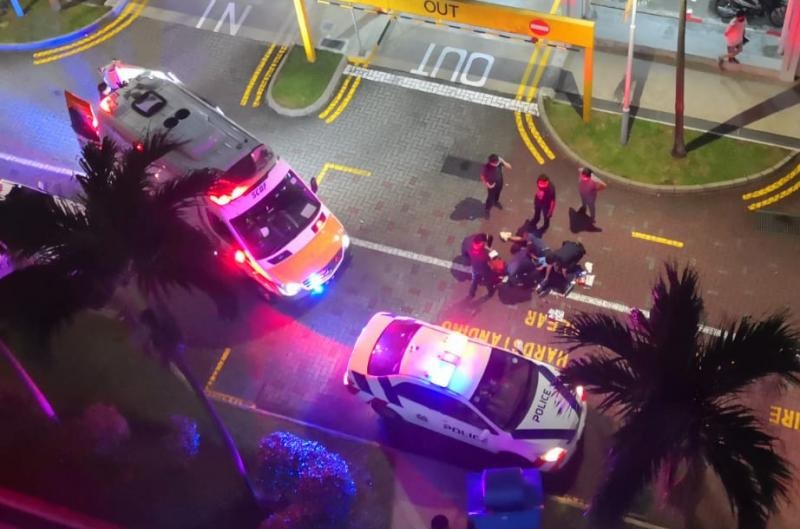 A man got so angry with two NEA officers for giving his friend a summon for smoking, that he attacked them with a 42cm long sickle, and chased them down.

In the aftermath of the chase, one NEA officer sustained punches to his face, while the other sustained cuts on his arms and legs and was bleeding profusely.

This incident happened last night (9th Nov) at around 7.30pm at the void deck of Block 503C Canberra Link located in the Sembawang area.

According to an eyewitness who wished to remain anonymous, the two NEA officers were having a chat at the void deck, when a tall burly man with a beard appeared and started attacking them with a sickle.

It was gathered that the two NEA officers had earlier issued a fine to another man for smoking around the void deck.

The police confirmed that a 30-year-old man has been arrested for possession of an offensive weapon, and voluntarily causing hurt.

Man Trashes Woodlands Provision Shop After He Was Refused Sale of Alcohol, Shop Owner Suffers Over $1000 in Damages