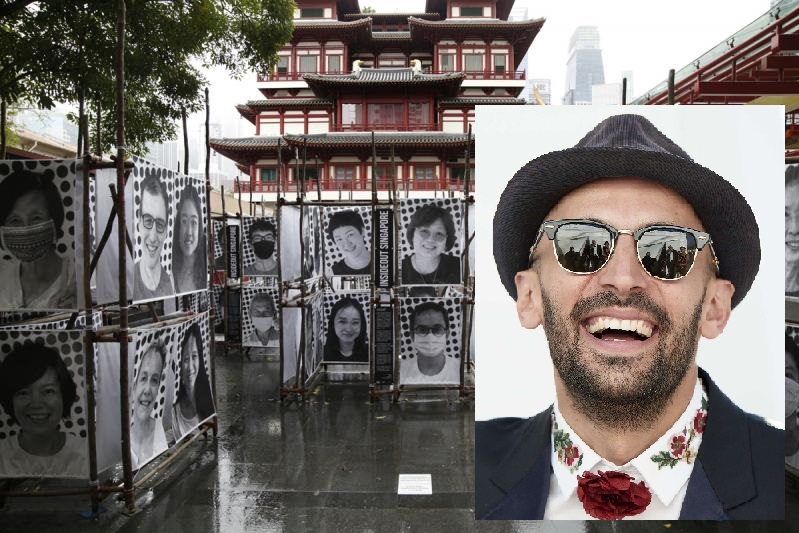 Recently, the photography works of a renown French photographer JR became the subject of debate among the members of the public.

The photography artwork titled “Inside Out”, features over 100 portrait photos of strangers he took on the streets, which have been printed out as large black and white banners. These banners have been on display in six different locations in Singapore, including Chinatown Plaza and the Malay Heritage Centre.

While some members of the public felt it was a unique way of presenting his artwork, others felt that the manner in which the photos were presented was inauspicious as they look like funeral photos of the deceased.

A 74-year-old man whose photo was taken for the photography works, was so upset that his photo was being displayed in this manner, had requested that it be taken down. The elderly man said it looked like a photo you would attach to the hearse at a funeral.