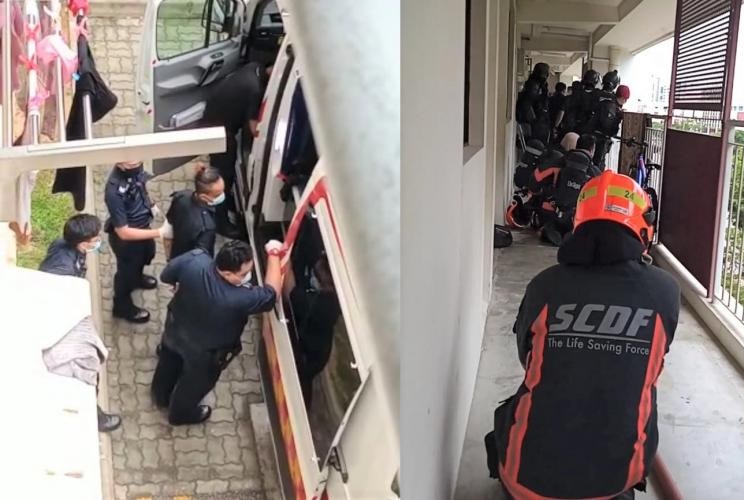 A jobless man trepassed into the unit of his female neighbour and molested her. After committing the crime, the 33-year-old man escaped to his own home, and locked himself inside for over two hours before he was finally arrested by the police.

This incident happened yesterday (18th January) at around 11am at Block 885A Tampines Street 83.

According to the 29-year-old victim, she was tired after working from home and decided to rest in her master bedroom, but had forgotten to lock up the main door. She was attacked and molested shortly after lying on her bed.  Fearing that he would get beaten up by the neighbour’s fiancé, the 33-year-old man later made a police report.

Speaking to reporters, the police said they received a call from a 33-year-old man saying that someone was going to beat him up. When police arrived at the scene, they found that the man had locked himself up.

After over two hours of persuasion, the 33-year-old man finally relented and opened his front door. He was arrested and sent to Changi General Hospital for psychiatric evaluation.

If convicted of molest, an individual faces up to two years jail, or a fine, or canning. The penalty for trespassing is up to three months jail or a fine of up to $1500, or both.