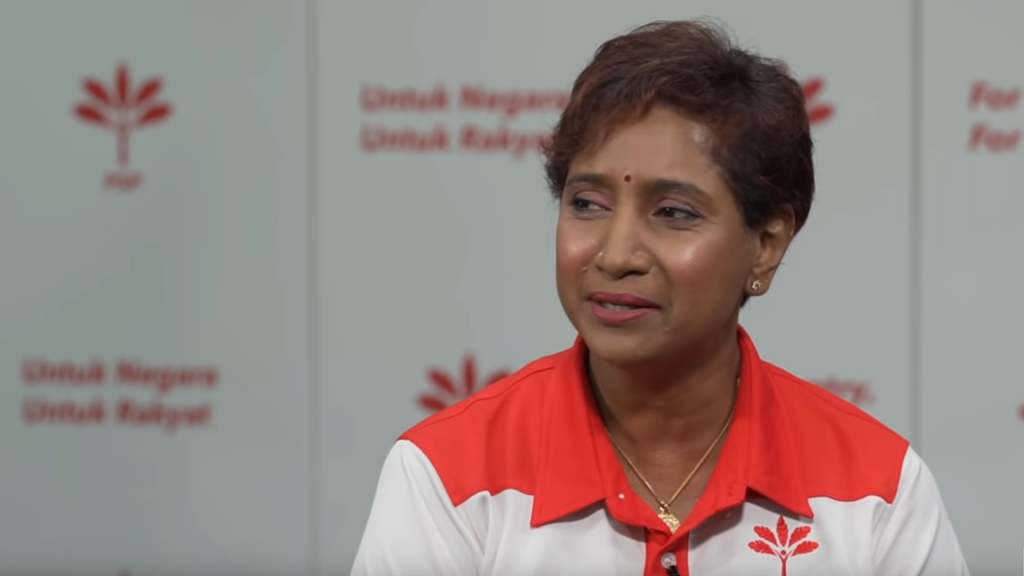 Less than a year ago, Kala Manickam was unveiled by the Progress Singapore Party (PSP) to much anticipation. The 52-year-old was a candidate for the Nee Soon GRC during GE2020 and was among SAF’s pioneer batch of female commissioned officers who became a platoon commander.

At the time, she spoke highly of her political party – that Singaporeans have nothing to lose by electing them into Parliament, and that they are competent and ready to run a Town Council.

At most, its one term right? Nothing to lose what, anyway, you’ve lasted 55 years [living] with all the pain and struggles.

However, she has since quit the PSP. According to her Facebook post on 12th January, her departure from the party may be attributed to several glaring lapses.

Manickam said that she had dutifully highlighted issues pertaining to other members of the PSP to the party’s management, only for her to be ignored time-and-time again.

The final straw came when she highlighted the misinformation that a prominent fellow PSP member made on COVID-19, which was unsurprisingly ignored once more (*cough* Brad Bowyer *cough*). 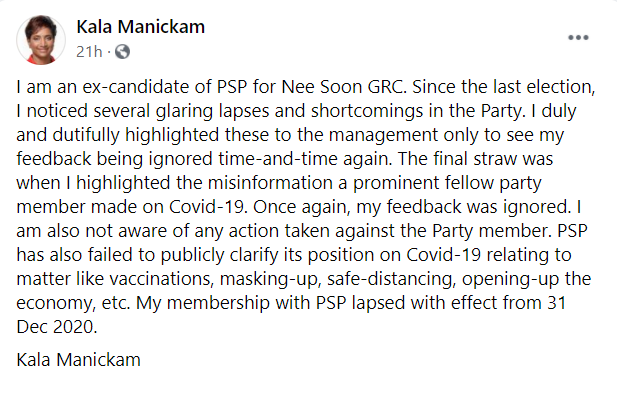 Despite repeated feedback, the PSP or even Dr Tan Cheng Bock did not address the issue or take action. They also did not publicly clarify the party’s position on COVID-19 vaccinations, wearing of masks, safe-distancing, and the gradual reopening of the economy.

Singaporeans may not have high expectations of a relatively new political party like PSP, but at the very least, an influential figure like Dr Tan Cheng Bock should have addressed the issues in his capacity. What is the point of having opposition diversity when they refuse to acknowledge differing views from within the party? Just how many political parties do we need to “ownself check ownself”?