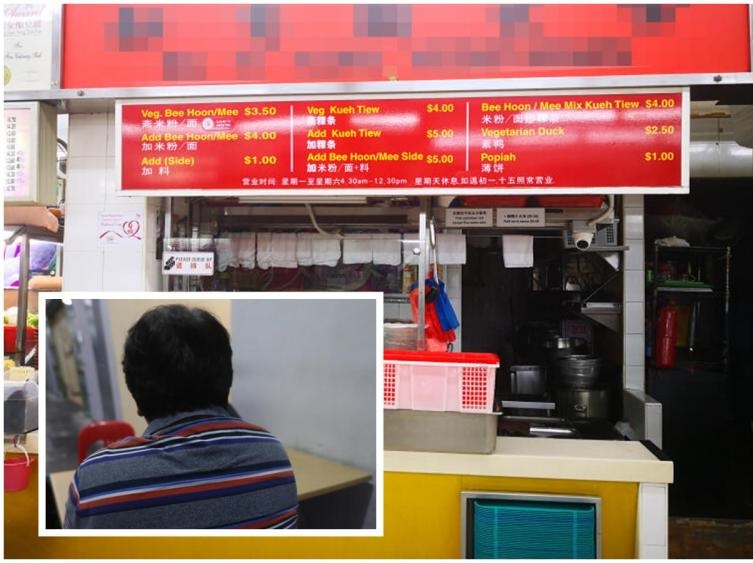 An altercation happened at a coffeeshop located at Bukit Batok between the owners of a vegetarian food stall and a customer.

55-year-old Mr Liu ordered five packets of vegetarian bee hoon at the food stall. As the stall did not have enough bee hoon for five packets, the lady owner of the stall topped up the packets with noodles instead without asking him.

After Mr Liu told the lady owner that he did not want noodles, she complained to her husband 58-year-old Mr Ong that she was being bullied. This made Mr Ong so angry that he came out of the kitchen and scolded Mr Liu, calling him a dog and telling him to get out of his way.

Mr Liu later made a police report against Mr Ong for insulting him.

Speaking to reporters, Mr Ong said he was angry at Mr Liu for bullying his wife, and told him that he did not want his business. He added that as Mr Liu was still blocking his way at the stall counter, he told him that “a good dog does not block the way”, but did not mean to insult him.

The police confirmed that they have received a case of intentionally causing harassment, and have asked both parties to settle the dispute amicably.