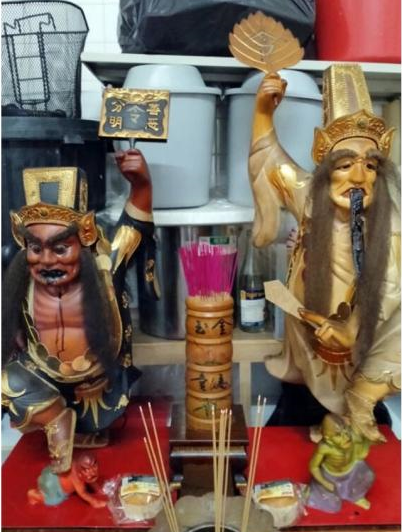 He later claimed that his colleague had taken both statues without his permission, and given them to a friend for safe-keeping.

When he tried to retrieve the statues from his colleague’s friend, he was asked to pay $3000 in “repair costs”, before he could have them returned.

This made Mr Zhong so angry that he decided to make a police report.

Mr Yang added that a fellow worshipper at the temple had later donated $3000 to restore the statues to its former glory.

Mr Yang claims that he has never demanded money from Mr Zhong, but only told him that someone had donated money to restore them. Mr Yang says that he is now considering to return the statues to Mr Zhong to avoid any trouble.