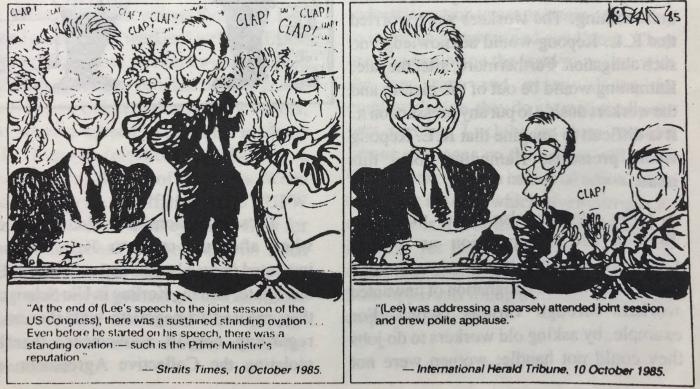 Singapore Historian Thum Pingtjin Called Out For Spreading Fake News About Lee Kuan Yew’s 1985 Speech To US Congress; Debunked By His Online Followers 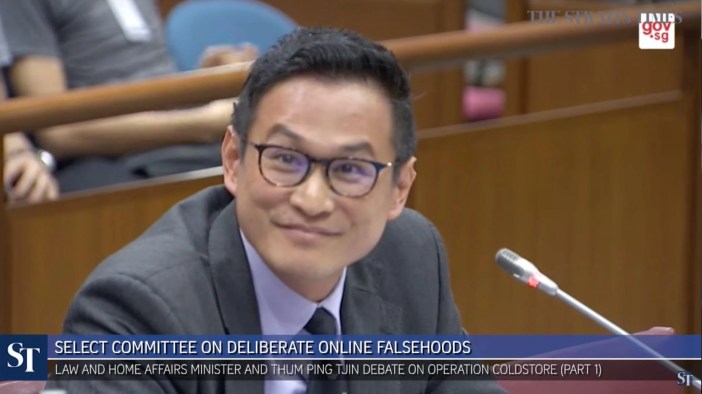 Hmmm… now I’m wondering just how much of what Singaporeans believed to be LKY’s vaunted global reputation was actually manufactured by the government-controlled media, in the days when there were no alternative news sources?

In response to Dr Thum’s questioning the veracity of local media’s portrayal of LKY’s audience, netizens shared actual video clips of LKY’s speech to congress; in the process answering Dr Thum’s doubts to the authenticity of local media reports. In the youtube video clip, it showed a congress packed full of attendees and Lee Kuan Yew’s receiving a rousing applause for his speech.

This is in contrast to the International Herald Tribune’s dubious reporting that the session was sparsely attended and drew only polite applause. For reasons unknown, the IHT in 1985 chose to report in such a deflated tone when the video evidence proves otherwise. You may wish to check out the video for yourselves below.

As an esteemed Oxford academic who is well-versed in thorough methods of research, Dr Thum appears to have jumped the gun when he pronounced mainstream media as sycophants of Lee Kuan Yew. Hopefully, Dr Thum’s future assertions can stand up to better scrutiny by his followers and uphold his reputation as an academic with integrity.