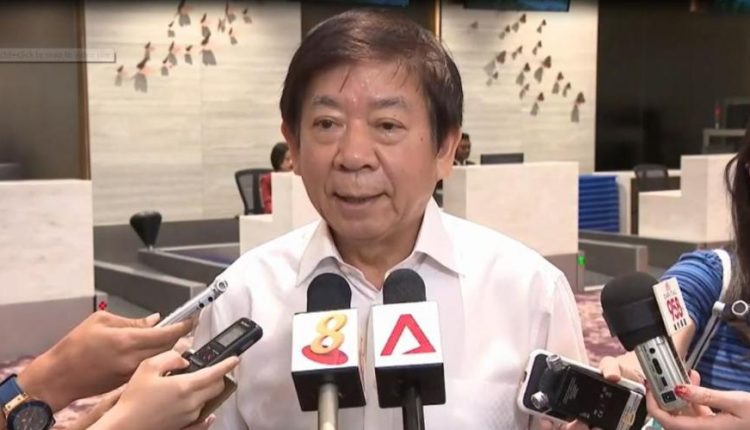 Mahathir & His Merrymen Go Back To Bullying Ways Against Singapore; Change Government But Adversarial Mindset Remains

Yesterday, public agencies in Singapore and Malaysia traded barbs and protests over allegedly unilateral actions by one another that infringed upon their sovereignty and rights.

Take a step back, just months before when the deferment of the HSR project was still under intense scrutiny and unresolved, the Malaysians kept talking about being good neighbours with one another but once Singapore gave in and allowed a 2 year delay for a pittance $15 million compensation ($200 million already invested in the HSR) now they are back to their usual antics.

All that hope for a more competent and less antagonistic Malaysian government has literally gone up in smoke after their recent antics. How can Malaysia who shares such a narrow coast line with Singapore suka suka extend their port limits and redraw the existing sea border with Singapore by extending even further out to sea and encroaching into Singapore territorial waters?

Is this the doing of a good neighbour? What are they trying to achieve by pulling these stunts? When queried, the Transport Minister Anthony Loke taichi to his country’s Ministry of Foreign Affairs and said they will reply Singapore soon. Instead of getting a reply, the Malaysians used the time to get their AGC to draw up papers confirming the redefined port limits and published circulars to all sea-goers of the new sea border for Malaysia (at Singapore’s expense).

On one hand, Malaysia always talk about being a good neighbour but on the other hand keep pulling these little moves to change the status quo and get back at Singapore. Does a good neighbour living in your HDB block suddenly put potted plants in front of your door and say this is now my area?

Luckily, all these tactics and tricks that Malaysia uses to irritate Singapore has been used for years during the previous Mahathir reign. It appears that although the government has changed, the manifesto has changed but the mindset remains stuck in the old mold of using coercive methods to arm twist Singapore into bending to their whims and wants.

There are good men in the current Malaysian government but so long the wily old fox Mahathir is around, everyone will pander to his ways for fear of falling out of favour. With all the flak Malaysian is facing currently, Indian temple race riots, people’s dissatisfaction with the slow implementation of election promises, it is also understandable why Singapore end up being the easy target to distract Malaysians from the matters that are truly important and damaging to its own reputation. Malaysia is indeed boleh, follow rule of law yea right.

Ok lah, Singaporeans are very nice, we will tolerate what you do, just remember to play nice when your citizens are no longer upset with your incompetence.