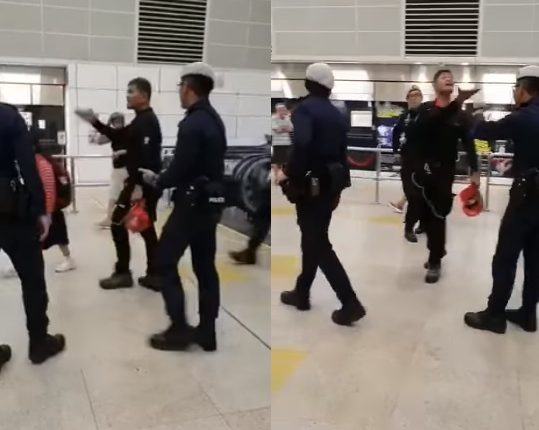 Message To Man Who Shouted At TransCom Officers: It Doesn’t Hurt To Give People Some Respect

Lately, there has been some commotion surrounding the random checks by TransCom officers. A few weeks ago, a man was seen shouting at officers for asking him to comply with a spot check. Let’s call him Mr Angry. This week, a photo of officers approaching student volunteers also invited a lot of attention as people thought that they were targeting them.

Why are these checks creating so much furore? Is it really dreadful or are some people, like Mr Angry, simply making a fuss?

Dear Mr Angry, as someone who takes the public transport everyday, I would like to tell you to not be angry or take it personally. People who take the bus or train daily will often see officers patrolling or conducting checks. It is common to be approached or know someone who have been approached by them, and it is really nothing to be agitated about.

#1: They obviously do it for good reasons rather than wanting to waste people’s time. We need them to keep our surroundings safe and people should at least respect that.

#2: You are not the only one who has to go through a check. Many commuters have been approached and have complied, so should you.

#3: You are not the only one in a rush. Anyway, the process does not take long. Officers will ask for your particulars and may check your bag but it does not take more than a few minutes.

#4: It really doesn’t hurt to cooperate, does it? In fact, it will waste more time if you kick up a fuss.

Dear Mr Angry, it is really not that difficult. Giving them attitude or thinking you are all that will only land you on social media and show the world what kind of person you are.

Whether or not they got you on a bad day, it does not hurt to be a bit more respectful to fellow Singaporeans who are just doing their jobs. Take a chill pill, Mr Angry. We all have our lives to live but let us not make things difficult for each other, ok?

Flying Drones in Residential Areas, Where is Our Privacy?