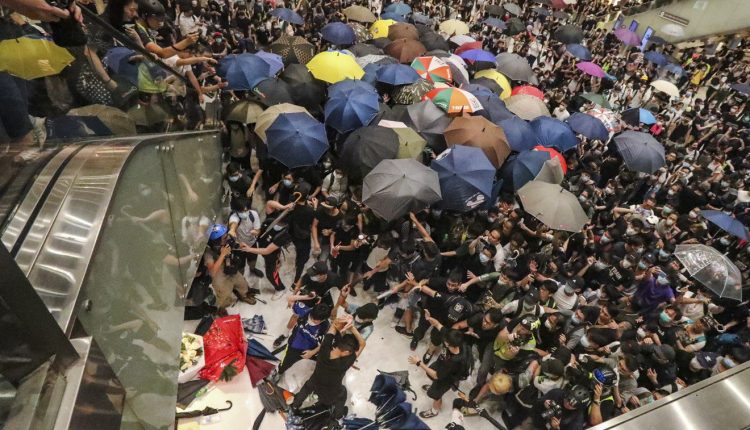 Should Singaporeans Learn From Hong Kong and Lay Waste To Their Own City to Protest for Democracy?

A protest for democracy? Or simply blatant wanton destruction? On the anniversary of Hong Kong’s 1997 handover to China, thousands of protesters attacked the Legislative Council building (Legco), with hundreds breaking into the building and occupying it for several hours. 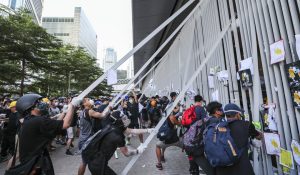 In the aftermath of the attack, the Legco building was left in utter ruin. The building’s security systems and meeting facilities were left damaged, paintings and walls defaced with graffiti, condeming the proposed extradition law, and other messages proclaiming that “Hong Kong was not China”. 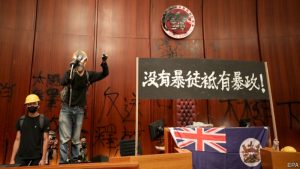 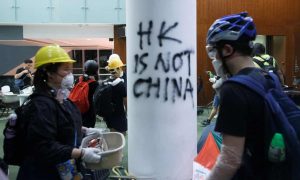 Many of these protesters who attacked the Legco building on that day were armed with umbrellas. Umbrellas were previously used as a tool for passive resistance against the Hong Kong Police during the Occupy Central Movement in 2014. The Occupy Central Movement which quickly became known as the “Umbrella Movement”, crippled the city of Hong Kong for 79 days between 26th Sep 2014 to 15th December 2014. 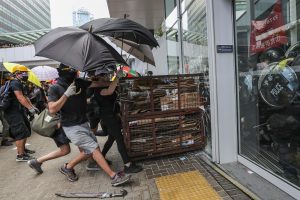 Just two weeks later, tens of thousands of protesters took to the streets of Hong Kong in what was supposed to be a peaceful rally. The rally quickly descended into chaos, when protesters clashed with the police inside a shopping mall. Bloodshed ensued with protesters assaulting the police in a crazed frenzy, leaving police officers with severed fingers, head wounds, with one officer being thrown from an escalator. Despite these dangerous conditions, the Hong Kong Police soldiered-on and protected the innocent by-standers in the shopping malls, and even helped some of the injured protesters. 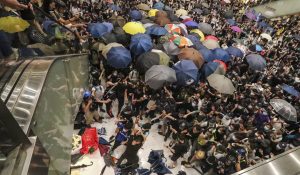 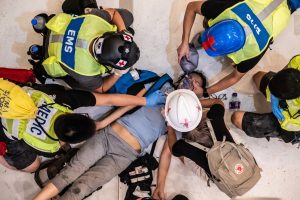 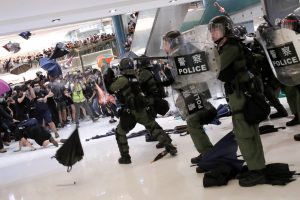 Yet, there are people who openly support this madness. 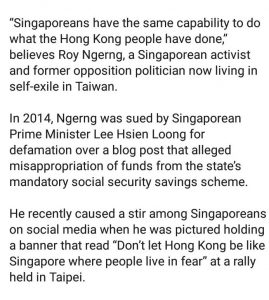 TOC Chief editor Terry Xu also seemed to be really proud of what the people of Hong Kong had achieved with their “solidarity” and “courage”. I agree! It takes real solidarity and courage to brutally assault police officers trying to do their job to protect the innocent bystanders! 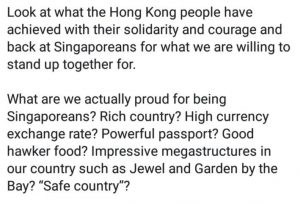 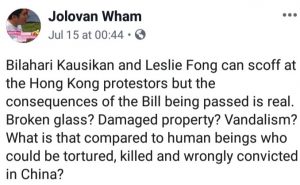 Singaporean lawyer and activist Remy Choo thinks that Singapore has much to learn from the people of Hong Kong. Yes! Creating wanton destruction and chaos always gets you the results! 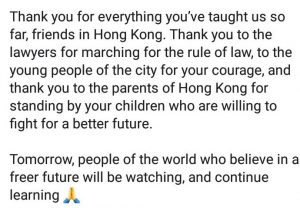 What are these so called civil rights activists trying to achieve? Do they really want Singapore to end in chaos and destruction like Hong Kong? Is it even in the best interests of Singaporeans? As citizens, we should have a sense of what is right or wrong, and what is best for our country. Do not believe everything you read on social media or you could be supporting a future you never asked for.

Flying Drones in Residential Areas, Where is Our Privacy?