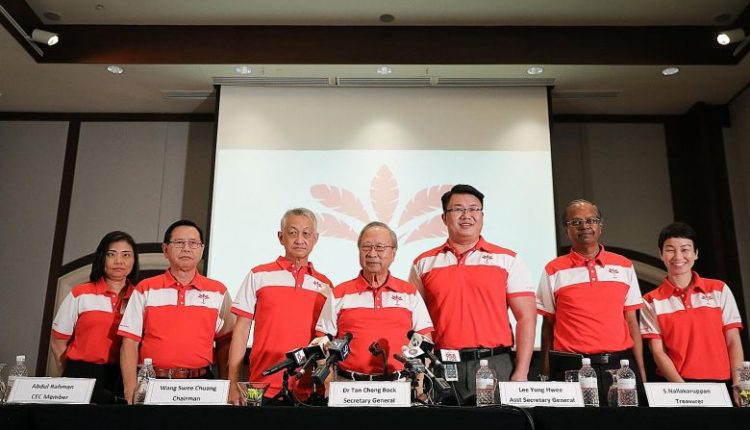 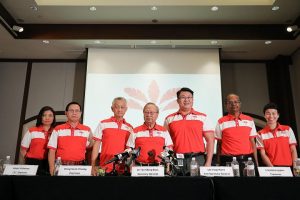 The PSP (Progress Singapore Party) is the newest party to join Singapore’s political landscape. It is founded by former Member of Parliament Tan Cheng Bock and was officially registered on 28th Mar 2019.

Its anyone’s guess when the next General Elections will be, but let us now look at some of the personal history and background of the more interesting members of this recently minted political party. 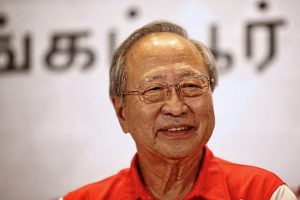 Born to a Hokkein speaking family of a humble background, Tan Cheng Bock was educated at Raffles Institution, before moving on to study medicine at the then University of Singapore (later known as the National University Singapore).

He opened his first clinic in Ama Keng in Jurong in 1971, in a rural village area. The majority of his patients were poor farmers, and he would often waive his doctor’s fees for those who could not afford to pay.

In 1980, Tan entered politics where he contested under the PAP’s banner, and successfully became a Member of Parliament for the Ayer Rajah Single Member Consituency with 83% of votes. Throughout Tan’s term with the PAP, he was percieved as one of the best performing MPs in Singapore, with a voting average of 77%.

Tan was known to be very vocal in Parliament, often speaking up on issues affecting Singaporeans, and championing what he felt would be most beneficial for Singaporeans. On one such occasion, Tan was reprimanded publicly by then Senior Minister Lee Kuan Yew, for his debate against the Foreign Talent policy.

Throughout his career as a MP from 1987 to 2006, Tan served on the committees for Education, National Developmen and the Environment. He was also a back bencher on the PAP’s Central Executive Committee (the Singapore’s highest decision making body) for nine years from 1987 to 1996.

In 2006, Tan exited politics and focused on running his Ama Keng Clinic. He continued to run his Ama Keng Clinic, which had been resettled in Jurong West until November of 2012, when he decided to end his 41 year medical career for good.

At the age of 79, Tan founded the PSP (Progress Singapore Party) in 2019. According to Tan, the PAP has been increasingly lacking in the areas of transparency, independence and accountability. Among other things, the PSP mentioned that their main focus is job creation and ensuring accountability from the PAP. 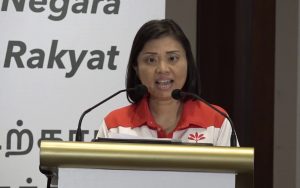 Hazel Poa graduated from Cambridge University on a scholarship from Singapore’s PSC (Public Service Commission), where she completed a degree in Mathematics with first class honours. She was appointed to the Administrative Service (the top echelon of the civil service), and served in the Prime Minister’s Office formulating personnel policies. She then moved on to the Ministry of Finance as the Assistant Director for Indirect Taxation.

After serving in the civil service for four years, Poa left and joined the investment department of an insurance company as an analyst. Poa later left and worked as an assistant fund manager before resigning to start her own business.

In 2010, Poa and her husband Tony Tan (also a former civil servant) joined the Reform Party (headed by Kenneth Jeyaretnam), and were slated to stand as candiates for the 2011 general elections. However, both Poa and her husband resigned before the 2011 general elections, citing unresolvable differences of opinion with the leaders of the Reform Party.

After leaving the Reform Party, Poa and her husband joined the NSP (National Solidarity Party), and contested as candidates in a five-person team for the Choa Chu Kang GRC (Group Representation Consituency). The NSP’s team lost to the incumbent PAP’s team garnering only 38.8% of the votes in the GRC.

After the 2011 general elections, Poa was elected as the Secretary-General of the NSP by the majority of the party’s Central Executive Council, after the resignation of Goh Meng Seng (NSP’s former Secretary-General). Poa was the first woman to hold the position of Secretary-General in the NSP, and the second woman to occupy one of the highest positions in political parties in Singapore after Sylvia Lim, Chairman of the Worker’s Party.

In Sept 2013, Poa resigned as Secretary-General of the NSP, citing health reasons. However, in June 2015, Poa was appointed the Acting Secretary-General of the NSP, after the resignation of their then Secretary-General Tan Lam Siong. Just two months later in Aug 2015, Poa announced that she was stepping down from the position, and leaving the party, due to disagreements with the party’s Central Executive Council’s decision to field a candiate in the 2015 general elections. Poa was seen helping out with the SDP (Singapore Democratic Party) a week later in their walkabout at Bukit Timah Market and Food Centre.

Poa joined the newly established PSP in July 2019, as part of their Central Executive Committee. 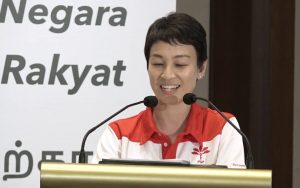 Michelle Lee Juen graduted from the London School of Economics with a first-class honours in Bachelor of Science in Government and Economics in 1998. After graduating from university, she worked in the MAS (Monetary Authority of Singapore) as a research analyst, before moving on to work as a financial analyst with Citibank and later as a managment consultant with Mercer Management Consulting in Hong Kong.

In 2002, Michelle left her corporate career and switched to teaching instead. She became a MOE trained educator teaching English and Literature. According to Michelle, working with children rather than money was infinitely more fulfiling, and hence the reason for her career switch.

In addition to her full-time job as a teacher, Michelle volunteers in her free time. She taught a group of underpriviledged children in the Holland area, and helped deliver food to needy residents.

At home, Michelle is a mother of three and believes in work-life balance. Michelle is passionate about building connection and interaction for families, and will soon be completing her Masters in Counselling in August 2019.

During the 2011 general elections, Michelle contested as a part of a four person team under the SDP at the Holland-Bukit Timah GRC, garnering 39.9% of the votes, losing to the incumbent PAP’s team with 60.1%.

On 3rd Aug 2019, Michelle was formally introduced as part of PSP’s Central Executive Committee member, during the party’s official launch.

Let Us All Be Considerate This Hungry Ghost Festival

Injured Man Loses Bicycle Wheel In Accident, Shocked To Find It Intact The Next Day