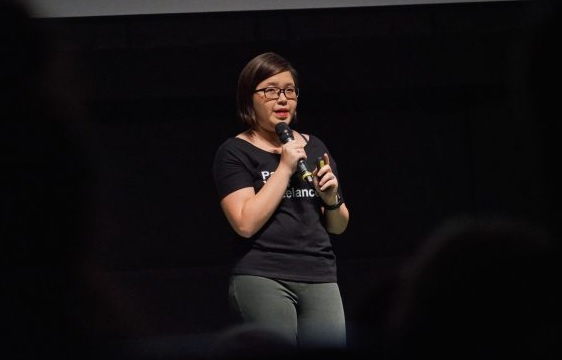 Kirsten Han is a Singaporean activist and freelance journalist. She has been active in social movements to bring about political change in Singapore and once got upset at the media for portraying her as an agent of foreign interference.

More recently, she was one of those who incited the protest against transphobia that was held outside the MOE on 26 Jan 2021. Three of the protestors, aged 19 to 32, were arrested. Although Han was at the scene of the protest, she did not actively participate in it. She took photos at the side and claimed that she was there to “cover the event as a journalist”. Way to get people to do the work and escape trouble herself.

Here are three facts about her that Singaporeans should know.

#1 She thinks she is the saviour of oppressed Singaporeans

She cares a lot about social movements and civil disobedience in Singapore as she believes Singaporeans are depressed. She once said:

A lot of Singaporeans feel that it [civil society in Singapore] is very hopeless. A lot of people say things like, look at how many thousands of people they can get on the streets in Hong Kong and Kuala Lumpur – they can have Bersih, they can have the Umbrella Movement. We cannot even get 100 people in Hong Lim Park without police coming.

People feel very depressed. We cannot seem to do the things that civil societies can do in other countries.

As an advocate of open discussions, Kirsten Han naturally got angry at the media for allegedly taking her words out of context and failing to recognise her attempt to save all of us from oppression.

She called out the MSM for quoting her in a 2016 forum: “Ms Han, on video, has said that Singapore has failed compared with Hong Kong, because 500,000 people don’t go on the streets to march, unlike (in) Hong Kong“.

These words may be context-specific but the later part of her speech is not – she had defined a social movement as not just 500,000 people but rather, “all the work that goes into potentially one day having 500,000 people on the streets“. With this definition, she hoped that Singapore will have more of such social movements. Definitions are not context-specific, right? Is this how she thinks she can “save” Singapore?

Han occasionally writes about Singapore in the foreign press and once said that Singapore is a country with little time for openness and human rights. She thinks that Singapore should build cross-border solidarity in order to “resist” our authoritarian government.

On a few occasions, she has met or tried to meet leaders of other countries in asking them to bring democracy to Southeast Asia. In August last year, she met Dr Mahathir in Malaysia with Thum Pingtjin, Jolovan Wham and Tan Wah-Piow. This year, she also tried to meet Taiwan’s Tsai Ing Wen. 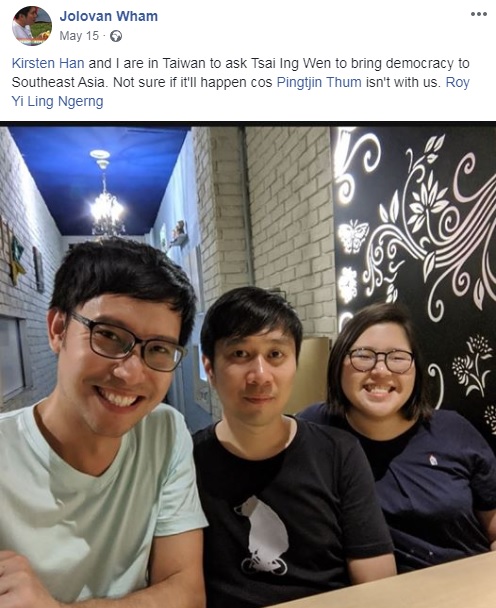 Sounds like she is supportive of having foreigners bring their politics into Singapore. If that is not foreign influence, then what is? 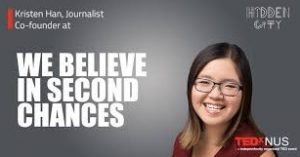 Kirsten Han has voiced out many times about giving drug traffickers a second chance. She knows about the crimes they have committed but strongly believes that they deserve another shot in life. While everyone is entitled to their rights, the campaign should not solely focus on the plight of drug traffickers. What about families who were affected by their drug misuse? Do they not have rights?

Han never highlighted the distinction between drug abusers and drug traffickers. Drug abusers do not have the death penalty imposed on them while drug traffickers are those who commit more serious crimes by trafficking specific drugs above specific prescribed amounts. It is important to highlight this distinction if one wants to campaign for second chances but she has failed to do so. Does this mean that she is taking the law out of context?

Singapore may have strict laws but they are for a reason. Without these laws, a major port like Singapore will be vulnerable to many international drug traffickers and constantly giving them second chances will only give rise to a bigger drug misuse problem. Do you really want to see that in Singapore? Does she stand for what you wish for?

PMD Related Accidents Getting More Serious. Is It Time for the Government to Step in?