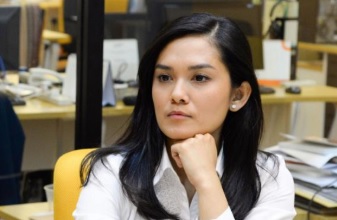 Malaysian NGO Criticised Singapore’s Law, Proceeds to Blame Us for Interfering in its Matters

Singapore has issued a correction direction against Malaysian NGO Lawyers for Liberty (LFL) under the Protection From Online Falsehoods And Manipulation Act (POFMA). The LFL is an organisation that prides itself in defending human rights. Earlier, it claimed that Singapore carries out brutal and unlawful executions in Changi Prison. The MHA has since clarified that the claims are untrue.

LFL was quick to respond. Its director, Melissa Sasidaran, refused to comply or issue a correction. She insisted that their claims were not baseless as they had gotten their information from reliable sources. That being said, she did not reveal further details to prove that they were indeed credible.

LFL demanded Singapore to withdraw the correction notice immediately and stop interfering in other countries’ matters. Ironically, it did not occur to them that they are a Malaysian NGO and should likewise not be interfering with our affairs.

“[I]t is outrageous and unacceptable for Singapore to issue a notice under their POFMA to a Malaysian organisation such as LFL, which is operating and issuing statements on Malaysian soil. Singapore has no business interfering with the freedom of speech of Malaysian citizens making statements within our own country.”

“This attempt by Singapore to extend their jurisdiction to Malaysian citizens across the causeway is provocative, illegal and in breach of international law.”

Fact is, Malaysians who come to Singapore and commit crimes on our soil must of course be subject to our laws. LFL is the one who should not be extending their interference into our jurisdiction. Surely they would not have been slapped with the POFMA if they did not publish unfounded claims or interfered with our matters?

Yahoo Singapore, The Online Citizen and Singaporean activist Kirsten Han were also issued correction directions on this topic. TOC has filed an application to cancel the direction while Han is still deciding how to proceed.

Was Activist Gilbert Goh Really Helping A Poor Resident By Sensationalising Her Story?

After Wife Lures Clients to Strip Naked, Husband Rushes in with Knife, Robs and Takes Their Photos