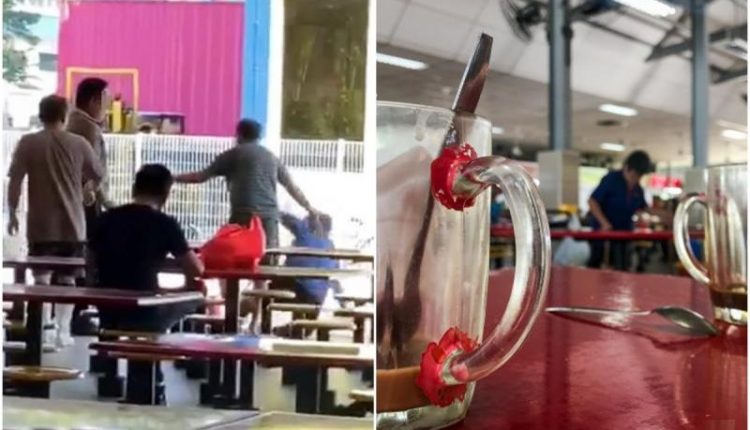 A fight broke out between a man and a dishwashing woman on Wednesday in a food centre at 45 Quality Road, Boon Lay.

According to a video of the incident, it was uncertain how the two had got into a fight, with the man pushing the poor woman to the ground.

Even though the auntie immediately apologised, he was still unhappy and dumped his plate of rice onto her. She tried to retaliate but to no avail.

Some hawkers who were interviewed mentioned that the auntie had a habit of clearing drinks and food before they were finished, sometimes leading to small arguments. However, they said this was the first time a big fight had happened.

The police is currently investigating.

Lifts and Public Toilets, Places to Take Extra Precautions to Avoid Getting Infected

Drunk Passengers Vomit in Car, Proceed to Bite and Steal from Driver