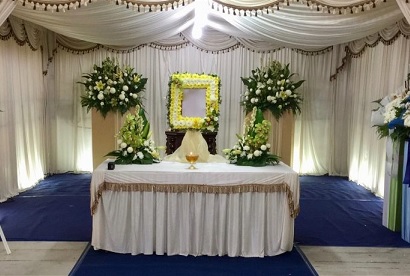 It turns out that Sheng Siong has been quietly donating to funerals. A Singaporean man who was at his wife’s grandmother’s wake revealed that a Sheng Siong staff had tried to slip $200 into the collection box.

The man was looking at the funeral accounts book when he realised that someone had signed off as “Sheng Siong Supermarket”.

So apparently a staff from the supermarket came over to visit the wake, and tried to quietly slip $200 into the collection box.

The cousin on duty looked at him puzzled, and instinctively stopped him. She said, ‘Sorry, may I know who you are? This collection box is for our guests and relatives’.

After further probing, he finally admitted this… ‘Actually, I’m working at Sheng Siong. And our management told us to walk around the estate and look out for wakes during this Circuit Breaker period. And we would give a small financial contribution. That’s why I’m here’.

The man said that this is a gesture of goodwill by Sheng Siong and not a PR stunt, as he tried to tag them in his FB posts but got untagged immediately.

Furthermore, it is not the first time the supermarket has donated to wakes. Some have commented that they also received donations from Sheng Siong and were thankful for the kind gesture. 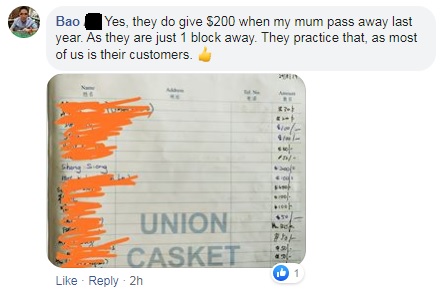 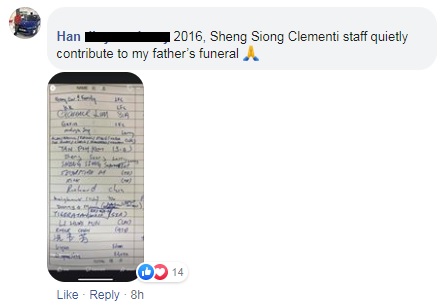 This is an example of how everyone of us has the ability to be a #GreaterSignificance to others, especially in a time where we need to stand by each other more so than ever.

<A stranger tried to slip $200 into the money collection box at my wife's grandmother's wake>So, I took time out of…

RV Point Poster Not Put Up by Condo Management, Delivery Riders Still Can Use Lifts