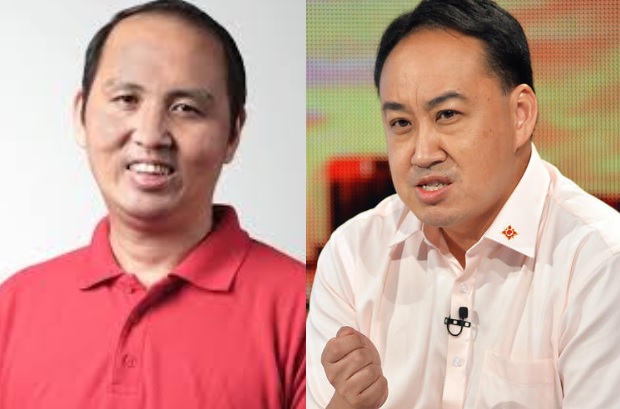 A few opposition politicians have voiced their unhappiness about a live debate show that will be held tonight.

Singapore Democratic Party’s Bryan Lim Boon Heng, who is slated to be on the Chinese debate segment, said that he does not have enough time to prepare for it as Mediacorp only notified him one day before.

Of course, it is always good to discuss pertinent issues which concern our citizens on such platforms. The problem is that we always receive such notices at the eleventh hour.

Even inter-varsity debates are given more notice!

Although this is an improvement from the previous GE, where he had a few hours’ notice, Bryan Lim believes that a big broadcasting company like Mediacorp can afford to give him an earlier heads-up. He implied that it is unfair as a last-minute notice like this will make it advantageous for the PAP.

Meanwhile, Peoples Voice’s Lim Tean was also annoyed as he was not invited to the show. He claimed that it is disgraceful for Mediacorp to leave him out just because he poses “the biggest threat” to the PAP.

The debate is of zero value and not worth watching if PV, which represents the interest of the common man is not allowed to participate.

Does this not show what a threat PV poses to the PAP in Jalan Besar GRC, Pasir-Ris Punggol GRC and Mountbatten?

You can run but you can’t hide at the end of the day!

It is unfortunate that Mediacorp did not foresee this problem. It should have invited all the political parties and given them a week’s advance notice so that everyone can be prepared enough to debate with each other.

Let’s see how things will unfold tonight. The live debate will be on Channel 5 at 8pm and Channel 8 at 9pm.

Good morning, everyone!As I had mentioned in my video yesterday, Mediacorp had only informed us at 2.08pm yesterday…

Channel News Asia Not Inviting PV To Debate Tonight! Disgraceful!!!! Absolutely disgusting and proves what we have…