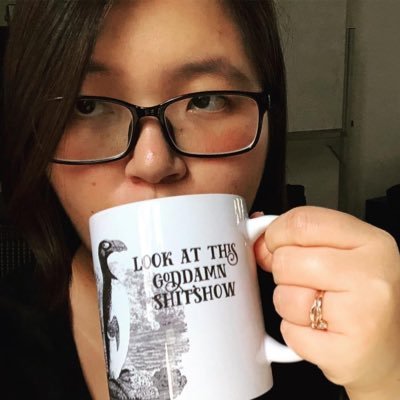 Just yesterday (30th June), the Progress Singapore Party (PSP) posted a video titled “The Voices of Singaporeans – Blue-collar or No-collar” which depicted how wages for Singaporeans were depressed due to the huge supply of foreign workers willing to do the same job for much less.

This video drew the attention of human rights activist Kirsten Han who responded with a Facebook post. She said that low-wage migrant workers are already among the lowest paid and most marginalized in Singapore and have very few labour protections and rights. She also cited the disastrous spread of COVID-19 in the dormitories as an example of how Singapore had failed them so badly. 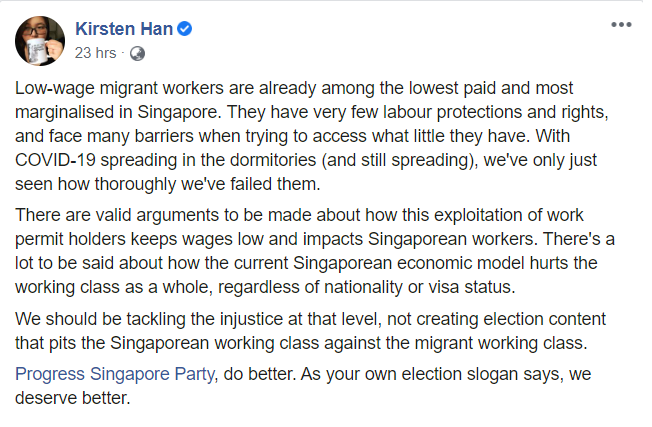 Kirsten goes on to say that while there are valid arguments on how the exploitation of low-wage work permit holders suppresses wages for Singaporean workers, the more important issue at hand should be focusing on changing Singapore’s current economic model which hurts all workers, foreign or Singaporean alike.

As the PSP’s election slogan (“You Deserve Better”) says, Kirsten suggested that the PSP should do better and tackle issues that affect everyone at the economy level rather than pitting the Singaporean working class against the migrant working class.