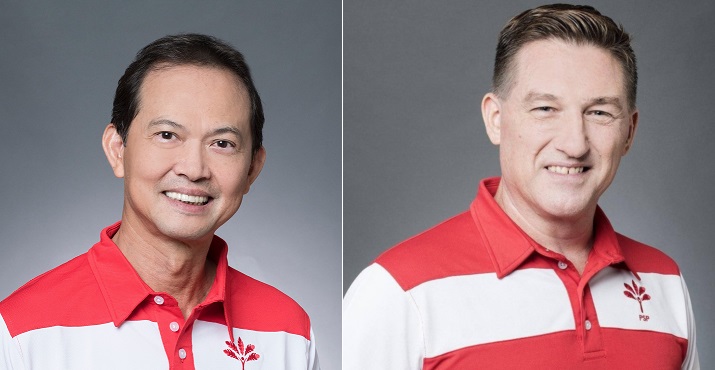 On 23rd June, Straits Time reported that Kenneth Jeyaretnam Secretary-General of the Reform Party (RP) said that the PSP offered to cede Nee Soon GRC to his party, but RP had decided not to contest.

However, speaking to reporters on Wednesday (1st Jul), Brad Bowyer of the Progress Singapore Party (PSP) refuted Kenneth Jeyaretnam’s words, saying that the offer to cede Nee Soon was merely a rumour. Brad even goes on to say:

“The only place I have ever been told I would stand is Nee Soon.”

“Although I am not privy to the highest level negotiations, I have only ever been working on Nee Soon GRC and over the last two-plus months we have spent countless hours, resources and not an inconsiderable sum of money from HQ and by the team.”

Shortly after, Leong Mun Wai Assistant Secretary-General of the PSP also made a Facebook post backing up brad’s claims by saying:

“There is no horse-trading agreement or negotiation between the RP and ourselves (PSP) with regards to Nee Soon or any other constituencies.”

Speaking at a doorstop interview on Thursday morning (2nd Jul) at Block 628 Ang Mo Kio Market and Food Centre, Dr Tan Cheng Bock said that he had never intended to give up Nee Soon, and that he had sent Leong Mun Wai for a straight no compromise talk with the RP.

To recap, during a press conference on 26th June, Leong had told reporters that he had been in direct contact with Kenneth Jeyaretnam, and had “very fruitful and frank discussions” about which constituencies to contest, but said that no “formal agreement” was made between the two parties.

However, this was not what apparently transpired, as Kenneth Jeyaretnam revealed in a series of tweets, that there were in fact “non-formal” agreements made through WhatsApp. He revealed that on 20th June, Leong had wrote to him:

“Ken, we will not go to Radin Mas. In addition if we give you Kebun and Yeo Chu Kang (Yio Chu Kang) as well, would that satisfy your minimum requirement?” 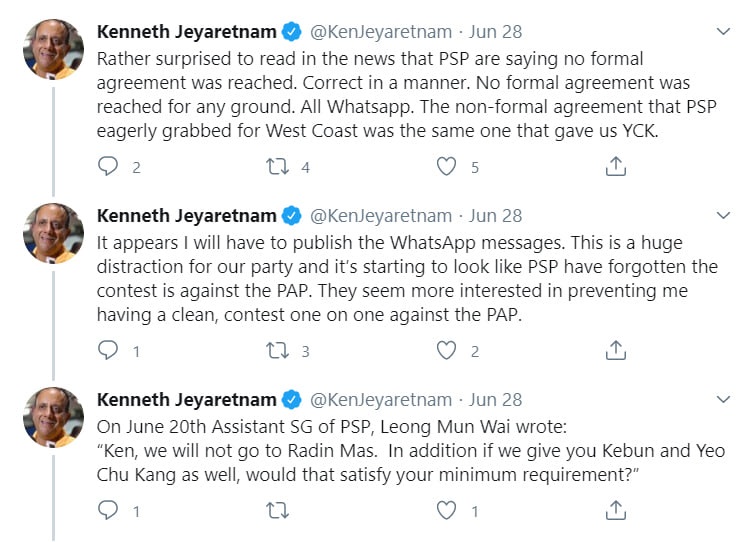 While such trading negotiations are discussions are common during the elections, why is both Leong Mun Wai and Brad Bowyer denying having done so when asked? Why the need to lie?