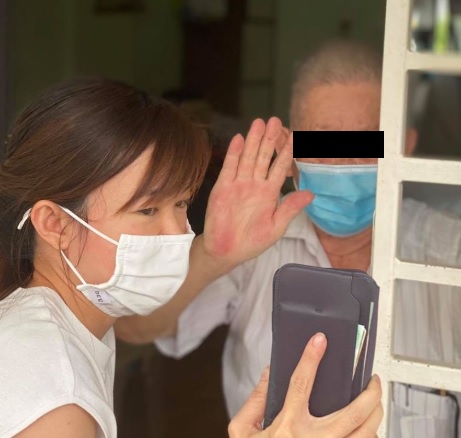 Turns out, the uncle has a 10-year-old son whom he has to support through school. He approached his MP Tin Pei Ling for help because he had just lost a job due to COVID-19.

After learning of his plight weeks ago, we gave him financial assistance and also support his son’s education.

Uncle Lee is now much more relaxed. He told me that every day, he would wake up early to prepare his son for school, then he would go out for food before returning home to watch tv… I can tell Uncle Lee is very proud of his son and has great hopes for him.

Netizens who responded to Tin’s post were surprised that the 80-year-old man has such a young son. Some thought that it was a typo on Tin’s part, except it is not. Here are some of them expressing awe at the uncle’s state of health: 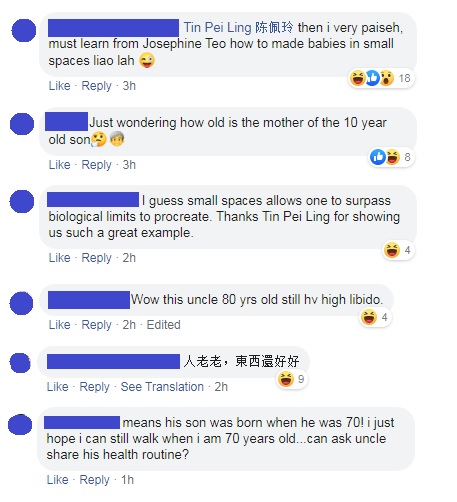 Uncle may have an unusual plight but at least he finally has a job to put food on the table. He is happy and healthy now.