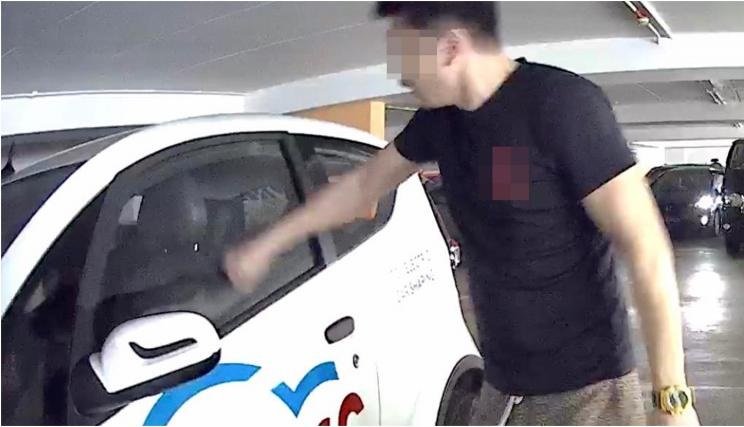 A physical altercation happened between a driver of a goods van and a driver of a car at a multistorey car park located at Block 346 Kang Ching Road in Jurong West on 2nd August at around 1.05pm.

The car driver 47-year-old Mr Kuan was driving down the car park when he saw a black goods van parked in the middle of the carpark blocking his way. The driver got back into the van a while later, but started reversing.

As a BlueSG rental car had stopped too close behind Mr Kuan, he sounded his horn to get the driver to reverse, so that he could make space for the van.

However, the driver of the goods van who mistaken Mr Kuan for sounding his horn at him, got down from his vehicle and confronted Mr Kuan, challenging him to get out of his car.

After Mr Kuan got out of his car, the van driver gave him a hard push on his chest and wanted to beat up Mr Kuan.

Fortunately, the drivers behind Mr Kuan repeatedly sounded their horn to warn the van driver to back off.

The following day, Mr Kuan made a police report, and provided his in-car camera footage as evidence.