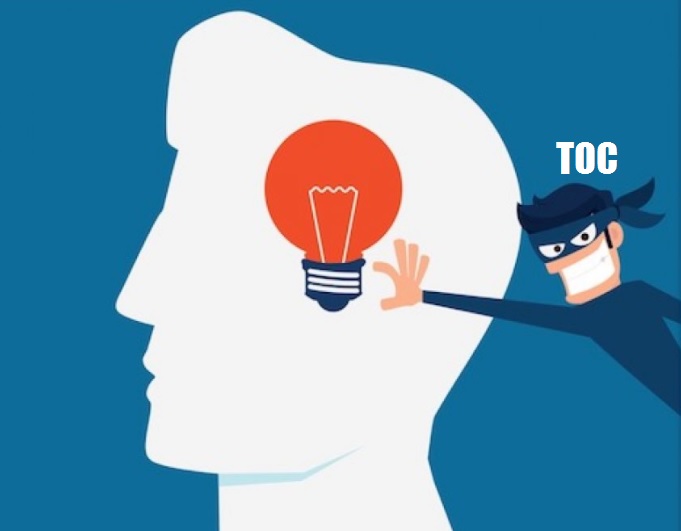 Journalist Slams TOC for Plagiarising Article & Claiming It as Its Own

The Online Citizen (TOC) has been slammed for plagiarising a CNA article. A supervising editor at CNA posted a series of tweets showing paragraphs of content that were copied word-for-word from the original.

CNA had approached numerous interviewees in order to write about suicide rates in young adults. They are rightly unhappy to have their work lifted by TOC.

Here are some of the parts that were plagiarised:

TOC apparently included a footnote to say that they “cited” some quotes from CNA. 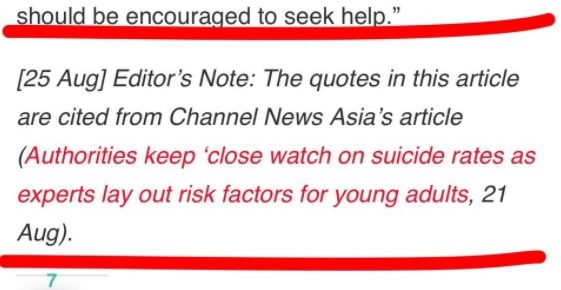 However, the CNA supervising editor said: “not sure ‘cited’ is the right word in your footnote that you’ve just added. You’ve put a byline on an almost word-for-word copy of our journalist’s work. Appreciate a response.”

She also highlighted that this is not the first time TOC has plagiarised from CNA. Just last year, she called them out for the same matter, to which they responded that it will not happen again. At that time, they implied that they had to resort to doing this because officials did not respond to their interview requests. 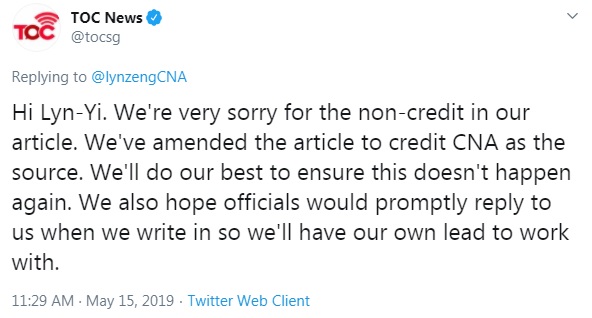 Looks like it is really tough to go about independent journalism. But whatever the case, journalists should observe journalistic ethics and not plagiarise from each other. Otherwise, how are they in a position to criticise the 154th mainstream media?

Woman Scolds Dessert Staff For Not Serving Her First, Makes a Scene at Food Court and Refused to Wear her Mask

Jobless Man Places “Sure Win” bets with Illegal Betting Website, Gets Cheated of $1000