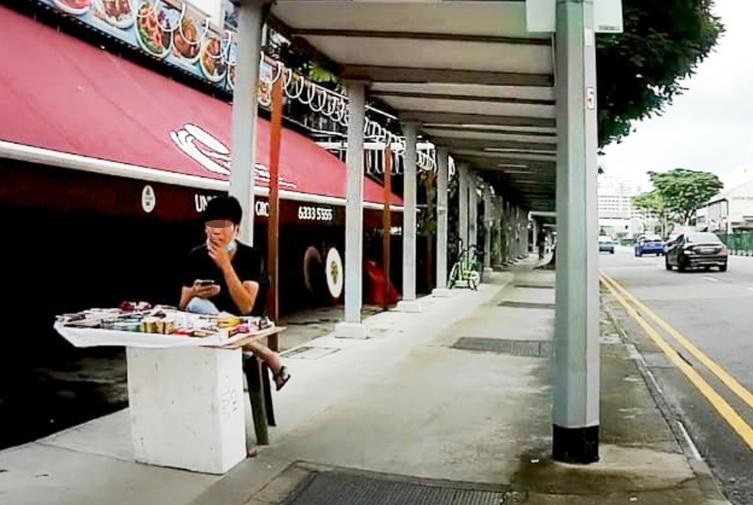 According to a member of the public, a middle-aged man was spotted illegally selling sex enhancement drugs from a make-shift stall last Sunday (6th Sep) along Aljunied Road, Geylang at around 9 am. However, when reporters arrived at the scene, the man selling the sex enhancement drugs could no longer be seen.

It was believed that these illegal drug peddlers were using guerrilla tactics to avoid the police. These men would set up a make-shift stall using folding tables and operate for around 1-2 hours, before moving on to a different location. It was gathered that the majority of their customers were foreign workers.

Mdm Tan who works at a nearby restaurant says while she often sees the police arrest these illegal drug peddlers, a different man would be out selling these drugs again not long afterwards.