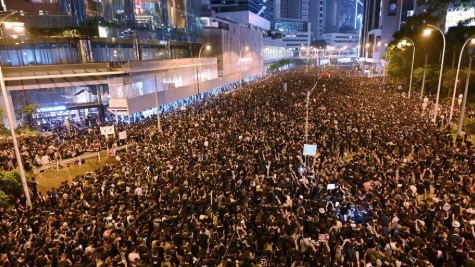 Distasteful To Use Hong Kong Protest To Highlight PAP’s Incompetency, Why So Deliberate?

Talk about comparing apples with oranges. Yesterday, activist Roy Ngerng gave his two cents on the Hong Kong protest and somehow linked it to PAP’s incompetency. He commended the people of Hong Kong for standing up for themselves instead of living in fear like Singaporeans.

He claimed that the PAP accused him of foreign interference because they were afraid that Singaporeans will be inspired (by him?) to protest against the government. When that happens, the incumbent will be screwed.

True, the government will be worried if Singaporeans come together to protest in such a large scale. However, it is baseless that anyone will actually bother to accuse him in order to prevent it from happening here. He may have his networks but he may also have overestimated his influence.

Ngerng believes he has hit the nail on the head by linking the issue to Singapore. He thinks that people are riled up because he has exposed an unspoken truth – that Singaporeans live in fear. It is uncertain, though, why it did not occur to him that people are angry because he was simply jumping to conclusions.

In fact, his post reads like a deliberate attempt at highlighting the PAP’s shortcomings. He goes into the usual gripe; blaming the government for not returning CPF and increasing prices. Sure, he can do that any day but using the HK protest to do so is distasteful at best.

Singaporeans are not stupid. We will speak up for ourselves when it is necessary and we do not need someone like him to tell us when we have to do it. Contrary to his belief, we are not afraid. Sometimes, remaining silent is not an act of cowardice. In the same vein, being vocal about everything is not an act of wit or bravery.

It is 2019. People are no longer that naive, ignorant or afraid and it is high time he respect Singaporeans for the choices they make, whether or not they choose to keep quiet or put up a fight.