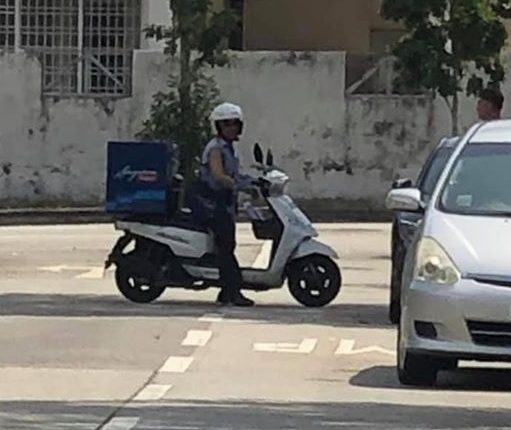 Singapore Postman Injured By Resident’s Dog, Continues To Deliver Letters Like Nothing Happened

SingPost may have had complaints in the past but it still has some very hardworking and dedicated workers. A Singaporean who recently encountered one such postman shared her story online.

She was at Sunbird Circle, near the Upper Changi area, when she saw her neighbour’s dog attacking a postman. The postman was delivering letters and could have been too near the dog when it started biting him. His sleeves were torn and ripped off but he refused to let that stop his duties.

“So after getting bitten, he went to see a doctor and he actually came back and CONTINUED TO DELIVER LETTERS under the sweltering heat (there’s hardly any shade in this area for him).”

The residents could not believe it and told him to rest at home. However, the postman simply “answered politely that he will complete delivering [the] letters in his bag. Resting was secondary!”

Surprised at his professionalism, they tried to contact SingPost so that it can give him some compensation or reward for his commitment to the job. Thankfully, SingPost responded by promising him ample medical attention and proper rest.

Singaporeans may be used to seeing complaints online but that does not mean that there is no more good people around. On the contrary, there are many people who continue to do a good job and they are often overlooked, underappreciated. So maybe we should give compliments where compliments are due and share the joy around.

Get well soon, Mr Lee, and thank you for all your hard work!

Kudos to our postman (at sunbird circle)! His afternoon went wrong and got bitten by a neighbour's dog! His sleeves…

Credits to Ms Ho for the story

Opinion: Should Drug Traffickers Be Treated Leniently Or Be Responsible For Their Actions?