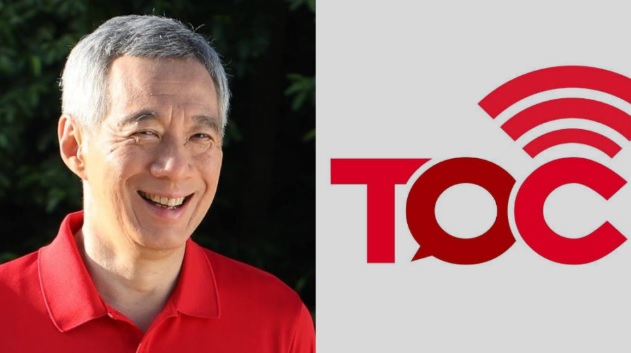 The Online Citizen (TOC) has been flagged for making false allegations again. Prime Minister Lee Hsien Loong asked the news site to remove one of its posts and issue a public apology or face legal action. TOC has two more days to say sorry.

TOC alleged that LHL had misled his father, Mr Lee Kuan Yew, into thinking that his house was already gazetted. It implied that he had convinced LKY that it was pointless to demolish the building and that he should bequeath the house to him instead.

In a letter by LHL’s Press Secretary to TOC’s editor Terry Xu, LHL had already addressed the Oxley saga when his siblings had made similar allegations. He clarified that LKY had accepted the idea of preserving his house after the Cabinet unanimously expressed that it should not be demolished.

It claimed that LKY had removed LHL as a trustee and executor of his will after he found out that the property was not gazetted at all.

LHL was removed as a trustee and executor way before that – LKY had removed it since 2011 as he did not want his eldest son to be put in a position.

Given these points, TOC’s post was said to be completely baseless. It has removed the article in question but has not issued an apology. It will face legal action if it does not do so soon.

As for the Lee siblings, LHL chose not to sue them yet as he did not want to taint his parents’ names.

To be honest, Singaporeans are sick of this long-winded, childish drama and it is high time all three siblings grow up and stop it already.

Singapore Postman Injured By Resident’s Dog, Continues To Deliver Letters Like Nothing Happened