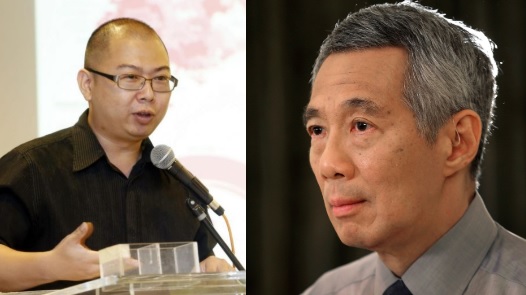 The Online Citizen has responded to the letter of demand sent by the Prime Minister’s Office. TOC was told to apologise and remove its online posts for making false allegations about Lee Hsien Loong and the Oxley saga.

The alternative news site had removed the article but kept the Facebook post. It had until yesterday to publish a full and unconditional apology but its Chief Editor, Terry Xu, refused to comply.

He stood by his posts as they were, in his opinion, not defamatory. He believed that it is not wrong to publish what the Lee siblings have said as they would have been privy to events surrounding the Oxley home.

I believe that the contents of the article constitute fair comment. For the avoidance of doubt, I was merely republishing the words uttered by your siblings.

However, he did apologise for one part of the article which may have wrongly implied that Lee Kuan Yew had deliberately removed LHL from being an executor and trustee of his will due to the gazetting of 38 Oxley.

Nevertheless, Xu seemed to think that it is alright as it was not the focus of the article.

Rather, the focus of the article was on the bigger picture relating to the allegations of abuse of power and the state of the relationship between the late Mr Lee Kuan Yew and his son. I solemnly and sincerely believe that it is this aspect, and not the technicalities that you take issue with, that concern many Singaporeans as it relates to the values of Mr Lee Kuan Yew.

Xu decided not to comply and is ready to face any legal action that may arise. He is convinced that he has an “obligation to Singapore and fellow Singaporeans” and that they will all support his brave move.

As at 6pm, 4 Sept (Wednesday), The Online Citizen has responded to the letter of demand sent by the Prime Minister's…

Posted by The Online Citizen SG on Wednesday, 4 September 2019