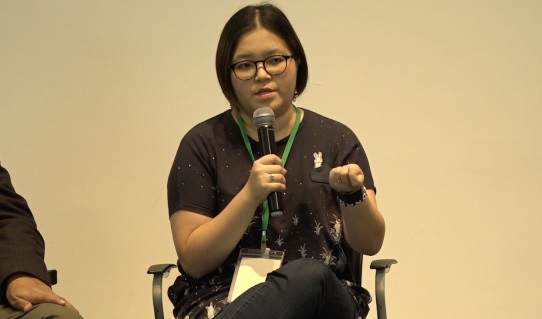 Activist Kirsten Han Demands Today To Correct Accusations Against Her

Singaporean activist and freelance journalist Kirsten Han is unhappy with Today for taking her words out of context. She is demanding answers from the mainstream news outlet for publishing the following “accusations”.

#1: She referenced Today for saying that she and a few activists had met Malaysian Prime Minister Mahathir Mohamad last year and urged him to bring democracy to Singapore.

She claims that Today was jumping to conclusions as they mainly talked about Malaysia and not so much on Singapore.

#2: She quoted this sentence from Today and accused it for taking her words out of context: “Ms Han recently said Singapore had failed in comparison to Hong Kong because the masses have not fanned out onto the streets here. She wants to change that through classes run by New Naratif.”

She claims that she did not say this recently and accused the journalist for using what she said 3 years ago.

As you’ll be able to see from my speech, I do not say that Singapore has failed in comparison to Hong Kong because people haven’t fanned out into the streets. My argument is that, if we use ‘500,000 people in the streets’ as the measure of success for a country’s civil society and/or a social movement, then it looks like Singapore has failed compared to Hong Kong, but actually ‘500,000 people in the streets’ is a poor and unrealistic KPI. 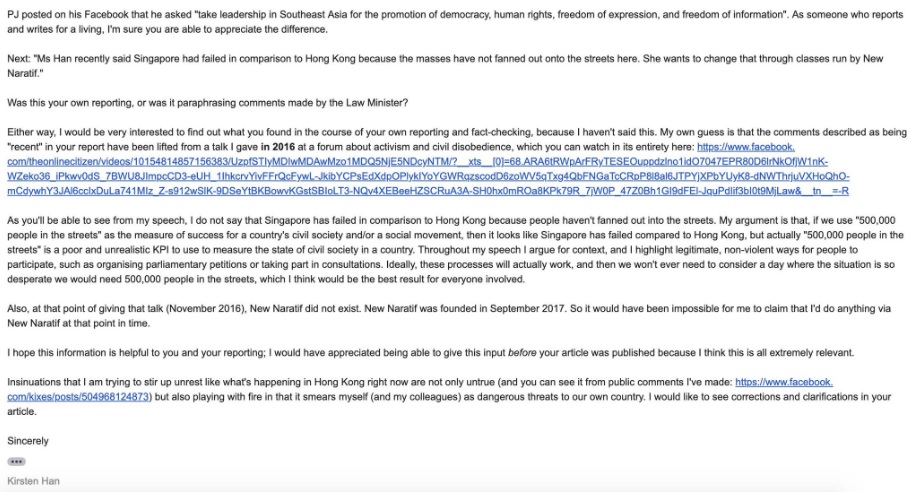 If it is so unrealistic, there is really no point in mentioning it, be it in 2016 or 2019. People (not just Han) should stop comparing Singapore to Hong Kong as the situations are distinct and there is nothing to prove. It is not a fair comparison and it does not help grow the civil society here at all.

In the meantime, people may want to refrain from comparing the two just for the sake of it. Like what Han said before, there are other ways to go about civil discussion, so why give others a case to accuse you for?

PMD Related Accidents Getting More Serious. Is It Time for the Government to Step in?