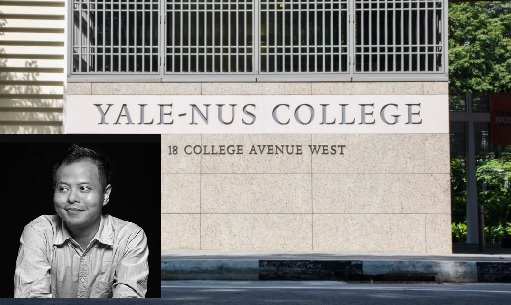 Alfian Sa’at: Yale-NUS Made Me A Scapegoat. I Kept Quiet Because It Was A Gentlemanly Thing To Do

Local playwright Alfian Sa’at has finally spoken up regarding Yale-NUS’ cancellation of his “Dialogue and Dissent” module. He posted on Facebook that the college had conveniently put the blame on him and made him a scapegoat.

He said that he is not so ignorant as to simulate a protest at Hong Lim Park and not be aware of the legal risks he is putting students in. Having said that, he has not clarified what he was trying to achieve with this part of the curriculum.

Alfian Sa’at has been quiet for some time despite news of his course cancellation. He explained that he chose to remain silent because he wanted to be “gentleman” about it. He trusted the college to deal with it but was disappointed when it took advantage of his “gentlemanliness”.

I expected the college to handle the matter in a transparent and professional manner. When the college organised meetings with their staff and town halls, and never invited me to present my account, I did not raise any objection. Naively, I thought that this would be the ‘gentlemanly’ thing to do.

He wanted to lay low also because he was afraid of making things worse. Alfian Sa’at may appear to be brave and all for freedom of expression and activism, but he was actually worried that speaking up will result in innocent people having to take the rap for his module’s cancellation.

It seems like he does not care much now that he has finally spoken up. He probably thinks it is time to defend himself as he is currently preparing a press release with supporting documents.

[W]hat I care about is that the college takes full responsibility for their decisions, and not try to shift the blame on my supposed non-compliance…

If I continue seeing inaccurate allegations made against me in the press, I will have no choice but to go public.

Ok, welcome to the blame game.

I don't like to be scapegoated. I don't think anybody does. It is very easy to see the artist as the 'troublemaker'….