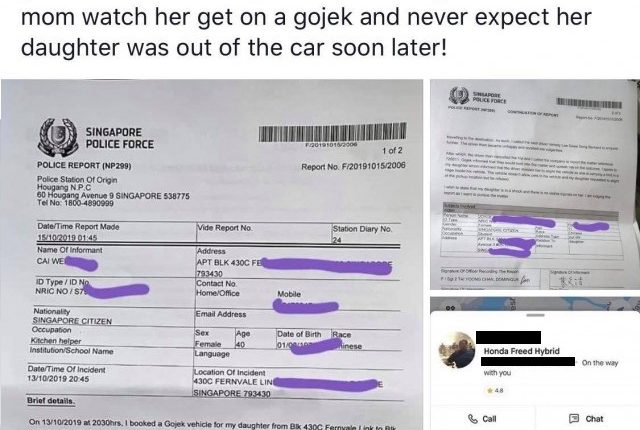 A Facebook user by the name of Jane Tang Tian Yan (Jane) made a posting describing a nasty encounter her niece had with a GoJek driver which led to a police report being made. According to the police report, her niece’s mother had booked a Gojek vehicle for her from Blk 430C Fernvale Link to Blk 324 Ang Mo Kio Ave 3. 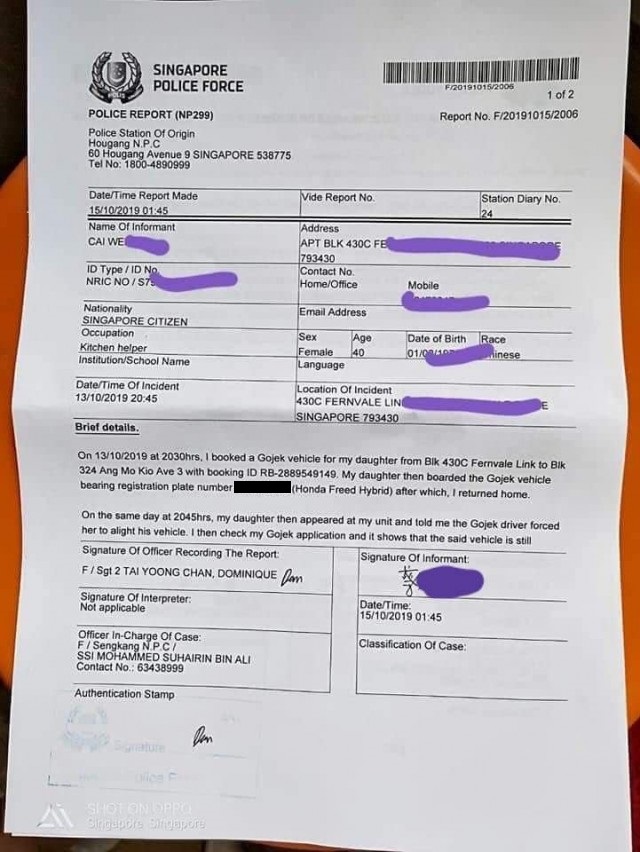 The concerned mother who decided to call the Gojek driver to enquire further, was scolded vulgarities by the angry driver. The mother later reported the matter to Gojek, and was informed that they will be looking into the matter.

The mother later learned from her daughter that she had been forced to alight the vehicle shortly after the ride started because she was carrying a pet bird in a cage. Her daughter had requested to be dropped her off at the pickup location but the driver refused. According to the girl’s mother, while there were no visible signs of injury on the girl, the child appeared to be in a state of shock.

A quick search on Gojek’s website found that while the company does not offer any separate option for passengers travelling with pets, the passenger should let the driver know via the in-app chat once the ride request has been accepted. Should the driver decide to cancel the pick-up, the next nearest vehicle will be matched to the passenger.

There were some netters who commented that it was the fault of the mother who did not indicate to the Gojek driver that her daughter was carrying a pet bird. This is understandable, as some people could be allergic to bird feathers (it is a real thing) which can cause a wide range of symptoms, ranging from sneezing, coughing to sore throats. The Gojek driver is afterall driving to earn a living, and getting ill from allergies might mean he would not be able to drive for the day and lose income.

Other netters commented that the driver could have handled the situation more professionally. The driver had not driven too far away, and could have offered to drop the girl back home(the pick-up point). There is no need to abruptly force a child off the vehicle.

Regardless of the mixed online responses to the incident, both parties should cool down and reflect on what could have been done better. If everyone could be more considerate, both drivers and passengers can enjoy the benefits of such ride hailing apps like Gojek without going through all the unnecessary drama.

Is Jeannette Chong-Aruldoss Joining WP? Or Just Trying Her Hand in Different Parties?