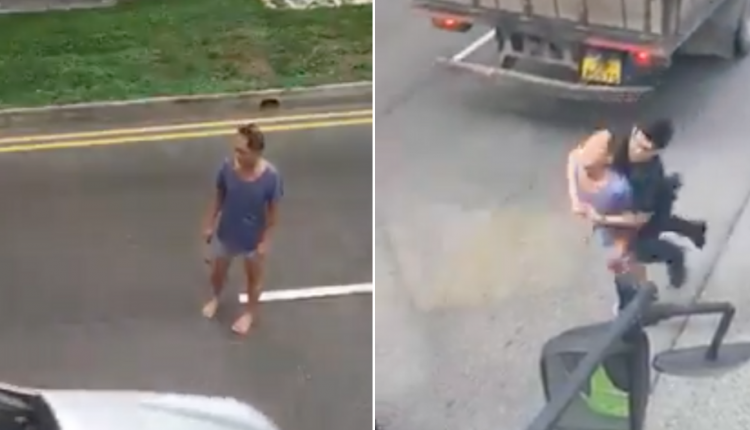 On 27th Nov, a rather interesting sight unfolded before commuters and drivers along Bedok North Road in the late afternoon. A man dressed only in a T-shirt and boxers was filmed standing in the middle of Bedok North Road wielding a hammer, which he used to hit passing vehicles. A short video clip of the incident was uploaded on Facebook which went viral shortly after. 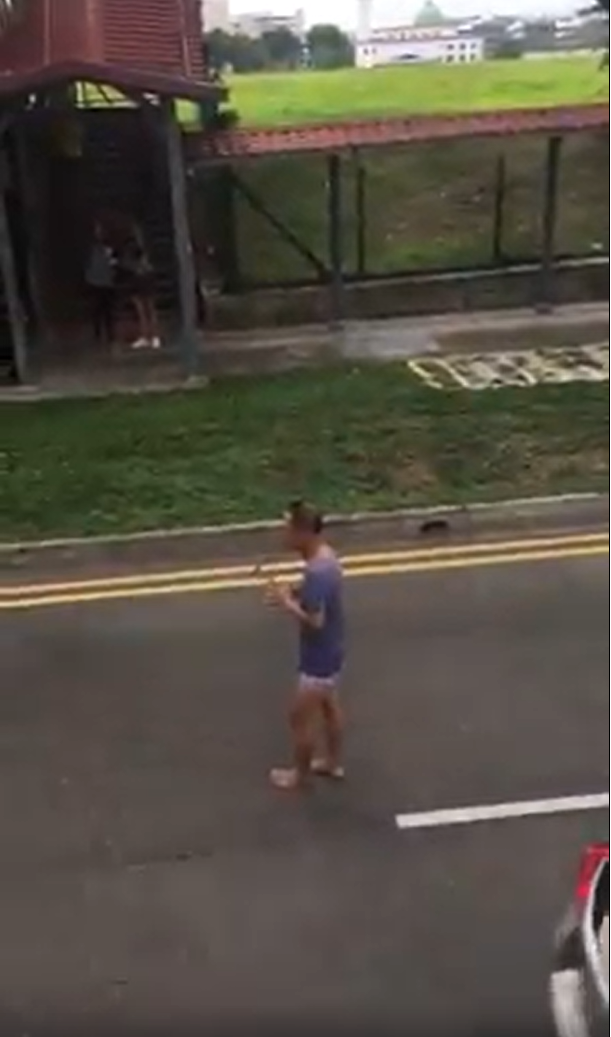 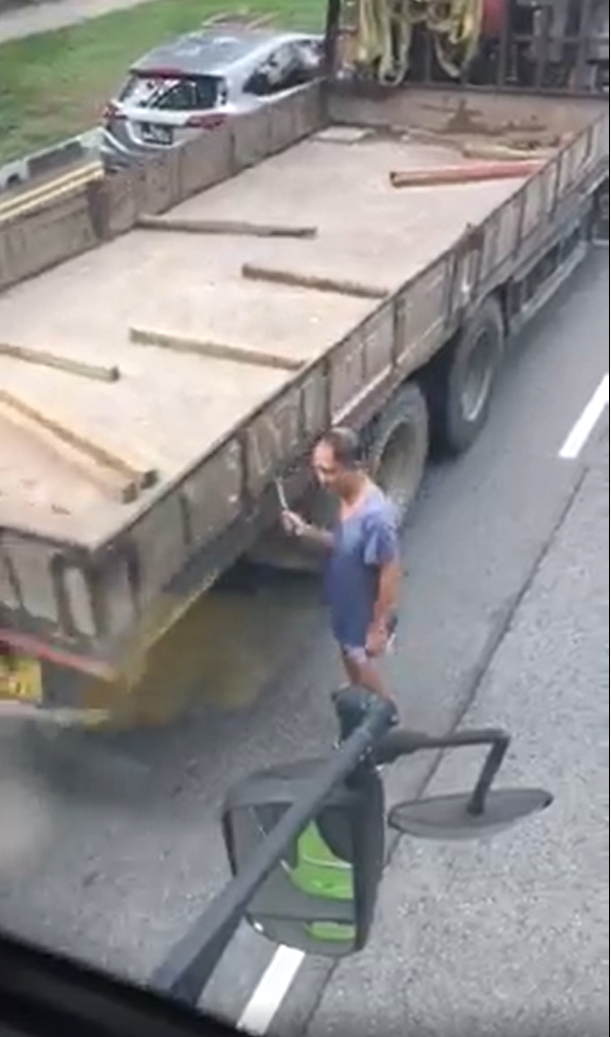 A link to the full video can be found here.

The police were alerted at around 4pm to the presence of a man using a hammer to hit vehicles along Bedok North Road. The police officers who arrived at the scene were seen coaxing the man to come to the side of the road. While the man was distracted by a passing lorry, a police officer lept forward and tackled the man to the ground. Several TransCom officers also came forward to assist the police officer in subduing the man. 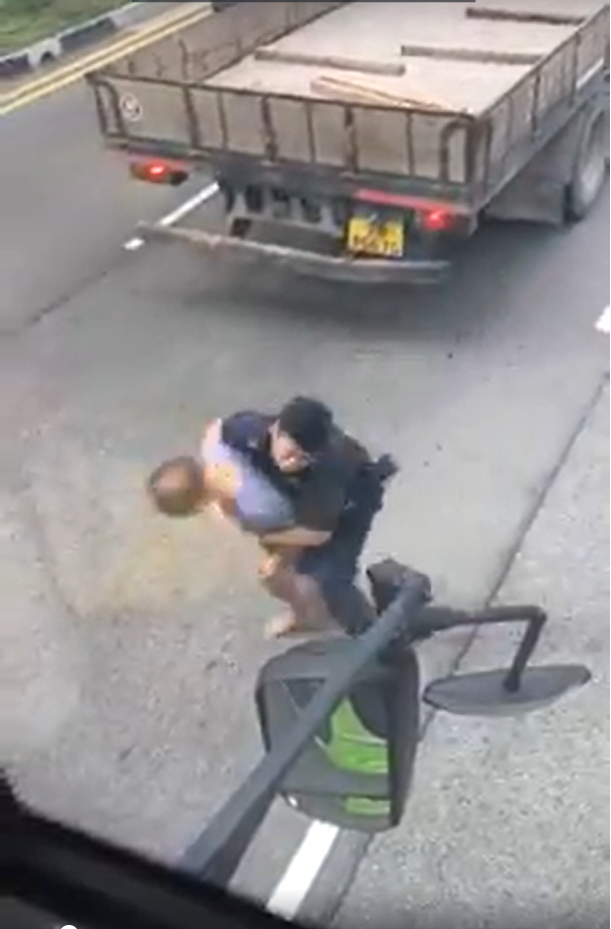 The situation was rather dangerous as the intentions of the hammer wielding man was unknown at that time. In the video, a woman’s voice can be heard saying “If they don’t catch him its very dangerous”. The 66-year old man is believed to be of unsound mind, and was arrested for committing a rash act. The whole incident ended without any injury to members of the public.

Contrary to what some would believe that life as a police officer in Singapore is easy due to the country’s relatively safe and secure environment, such unexpected and dangerous incidents can happen at any time. Police officers attending to the scene have to be able to react quickly to ensure the safety of the members of the public, often putting their own safety at risk.

Kudos to our men in blue for tirelessly ensuring that everything is in order. Without them, the safe streets that we have come to take for granted may not exist.

STR’s Alex Tan: I will not obey POFMA or Singapore as I am in Australia