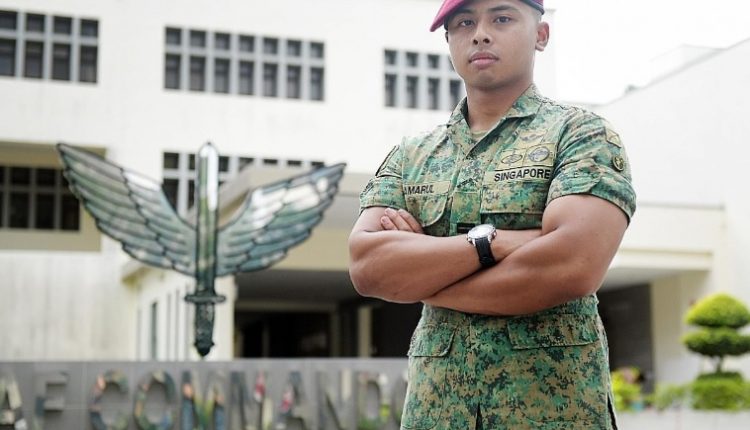 Muhd Qamarul Anwar: The SAF Commando Officer You Should Know About

For Lieutenant (LTA) Muhammad Qamarul Anwar Mohd Noor, 23, physical ability is not the most important characteristic of a commando.

Instead, being a commando requires determination, mental strength and leadership, he said, emphasizing those three things as the most important traits he has learned since serving in the National Service (NS).

However, he was reluctant to return to serve as a commanding officer.

“I’m definitely excited for the training because I miss the experience I had,” he said.

Describing his journey into commando, Qamarul said he had been training with the First Command Battalion, which is one of the elite units of the Singapore Armed Forces (SAF).

Before he was selected to join the command, Qamarul had to go through interviews and undergo several IQ and EQ tests, to determine his suitability to train with the unit.

“For me, the biggest difference between a commander and a soldier from another unit is that we are tested at a higher level of physical and mental capability.”

“Every soldier in the command unit shows a desire to get our red beret… so we have to work hard and keep working hard,” said Qamarul, who started NS in July 2017.

The biggest challenge that Qamarul faced during commando training is the strenuous physical training, especially running.

“I was certainly not a fast runner, but with consistent training, I began to improve my physical condition. Finally, from my silver award I won gold,” Qamarul said, sharing his journey of enhancing the results of the Individual Physical Skill Test (IPPT).

An important moment of mental strength became more apparent for Qamarul after he and other commandos had practiced overseas.

“It was one of the most challenging experiences for us because we had to climb the hill and at the same time end up tired and hungry. The rain continued throughout our stay. We need to be determined and support each other to continue the training,” he said.

After the training phase, Qamarul was assigned to lead a group of 12 commanders in his second year under NS.

“As a commander, it is my responsibility to ensure their safety and to guide them in completing our mission. In times of trouble, they will seek inspiration. As a leader, I must set a good example for them.

If they see me not giving up, they will do the same.”

5 Dos For a Safe and Enjoyable Overseas Road Trip