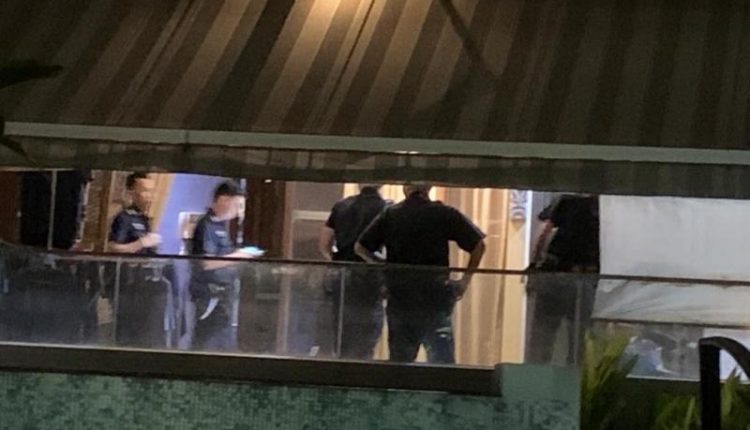 A worried mother decided to turn up at her son’s condominium after failing to contact him for five days, only to find out that her son had died in his own home.

This incident happened on Wednesday at around 5pm, at the Bluwaters 2 condominium located along Jalan Loyang Besar. The condominium was full of police cars, and a “black van” could be seen arriving at around 10.20pm to transport the corpse.

According to a resident of the condominium who wishes to remain anonymous, SCDF as well SPF officers responded to the case, and crime scene investigators could be seen sweeping the deceased’s condominium unit for evidence. The whole atmosphere was rather tense, the resident added.

The deceased is a 46-year old businessman, who has been staying alone in the condominium unit for around four years. Neighbours say that while the deceased stayed alone, his mother would visit occasionally, bringing him food, or going out for meals with him.

The mother of the deceased had called her son on Saturday, but her son did not pick up the call. As it was not unusual for her son to not pick up her calls sometimes, she did not think anything was amiss. It wasn’t until her son became uncontactable for the next five days that she felt something was wrong. She then decided to visit his place to check on him.

Upon entering her son’s home, the deceased’s mother could not see her son anywhere and could not open the door to the master bedroom, which prompted her to call for an ambulance. She was shocked and wailing inconsolably when the SCDF finally managed to break down the door, and she discovered that her son had died in his own bedroom.

The police said that they responded to a case of unnatural death in the condominium, and that a 46-year old man had been found unconscious inside his master bedroom. Paramedics arrived at the scene shortly after and pronounced the man dead. Police investigations are ongoing.