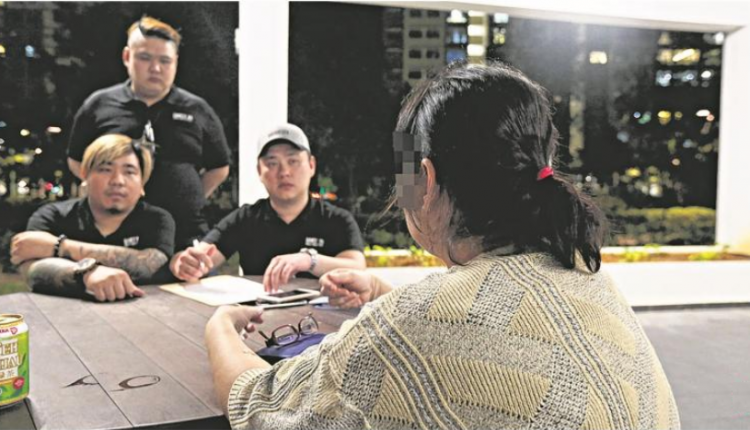 A kind hearted woman who repeatedly lent money to people desperately needing financial help ended up nearly taking her own life as these people defaulted on payment and became uncontactable.

In 2013, 55-year old Mdm Tan rented out one of the bedrooms in her 5 room HDB flat. The tenants were a young couple and their son. Not long after moving in, the male tenant claimed that he could not afford to pay rent as he was unable to find a job. Mdm Tan agreed to defer the rent payment. However, the tenants moved out of her house suddenly and became uncontactable after owing her more than a year’s rent amounting to over $13,000.

In 2017, Mdm Tan’s husband passed away from a heart attack. Mdm Tan was forced to downsize to a 3 room HDB flat in order to pay for the husband’s debts.

The third debt collection agency not only offered to collect Mdm Tan’s debts for free, and even gave her $500 so that she can have a good Chinese New Year.

The staff member from the second debt collection agency who owed Mdm Tan $3000, has since returned her the money.

Ex-Founder of TRS: I’ve Never Been So Discriminated Against For Being An Ex-Convict