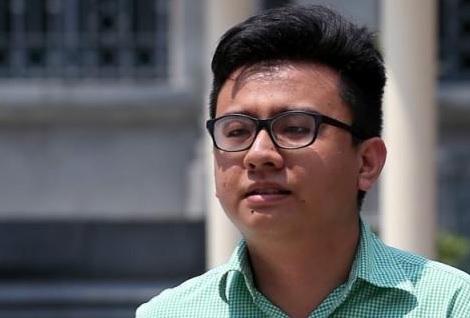 Ex-Founder of TRS: I’ve Never Been So Discriminated Against For Being An Ex-Convict

Yang Kaiheng is the founder of a now-defunct alternative news site called The Real Singapore. In 2016, he was jailed for having seditious content on TRS. Ever since his release, he has been working on expanding his ramen business in Singapore.

He recently claimed to have experienced discrimination while securing a space for his ramen outlet. He was looking to rent a unit with the Ministry of Food Pte Ltd and had already paid a $16,000 deposit. However, he said that the MOF could not accede to his terms and delayed in giving him a refund.

“MOF delayed and dragged and repeatedly missed deadlines to refund the money. After 3 missed deadlines and over 3 weeks of waiting for the return of the goodwill deposit, I finally lodged a police report”.

Yang expected MOF to give him an immediate refund but was shocked to see the CEO’s remarks about him in an email to the mall landlord. She wrote about how appalled she was at his dishonesty and failure to disclose details about himself.

He said that he has never been so blatantly discriminated against for being an ex-convict and disapproved of the CEO’s behaviour.

“[She] penned a scathing email, digging up my case from 5 years ago and using it to label me, today, as a serial liar. She clearly suggested that ex-cons are incapable of changing… her email demonstrates her bias and disgust towards ex-cons and I can only hope that the mall landlord does not reject me from other leasing opportunities in their malls in the future”.

Yang is hurt that someone had dug up his history and felt that he did not deserve such treatment. He stands by his belief that TRS was “started with the naive purpose of promoting free speech” and said that only 7 out of 30,000 of its articles were seditious.

However, since the matter has already come to this, he wants to take the chance to highlight the prevalence of such discrimination and encourage his ex-convict friends to be brave in overcoming similar hurdles.

“Don’t lose your way just because a few people put you down or label you for what you did in the past. You are certainly still entitled to your rights”.

Some of Yang’s Facebook friends have since done a CSI on MOF’s CEO and called for a boycott of its restaurants.

This post is written mainly for my prison friends who I’ve kept in contact with since coming out from prison. Thank you…

Man Repaired PMD for Neighbour But Got Beaten Up Afterwards, Hospitalised With Broken Ribs