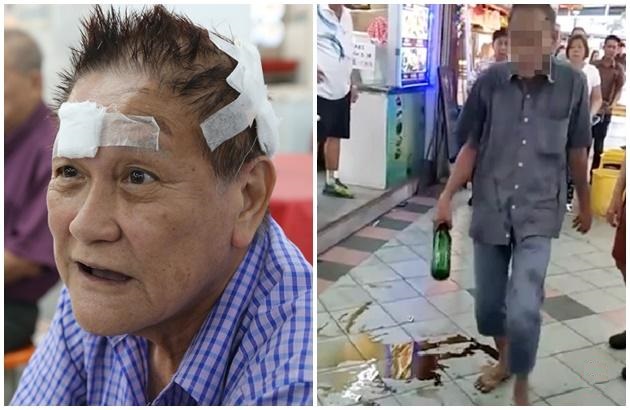 Man Rescued Woman From Being Molested, Got His Head Smashed By Beer Bottle Instead

Last Monday, a coffee shop assistant was molested by a customer at Chinatown. The man took photo of her without her consent and tried to give her a red packet while she was working. Even though she rejected it, he continued to bear hug her and touch her breasts.

A 67-year-old Mr Cai who was nearby witnessed the incident and tried to stop it. Unfortunately, he had his had smashed by a beer bottle instead.

Poor Mr Cai had stopped working after his heart bypass operation in 2015. He visits the coffee shop everyday for meals and will usually mind his own business. That day, however, he decided to intervene as he saw how frightened she was and how the customer was being too much.

Luckily, the pervert was arrested by the police and charged for his rash act.

Drunk Passengers Vomit in Car, Proceed to Bite and Steal from Driver