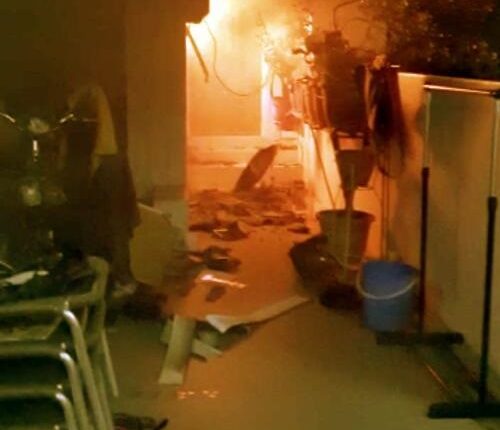 On Wednesday (1 Apr) at around 1.56am, a fire broke out in a HDB flat located at Block 317 Woodlands Street 31. The fire was believed to be started when a power bank exploded while being left to charge in the living room.

While three of the flat’s occupants managed to escape by breaking the window and leaping out, an elderly couple was trapped inside their bedroom.

Fortunately, the SCDF arrived just in the nick of time and rescued the elderly couple, a 62-year-old man and his 59-year-old wife.

The exact cause of the fire is currently being investigated.

Bruised and Drained: Life of a Supermarket Staff during COVID-19